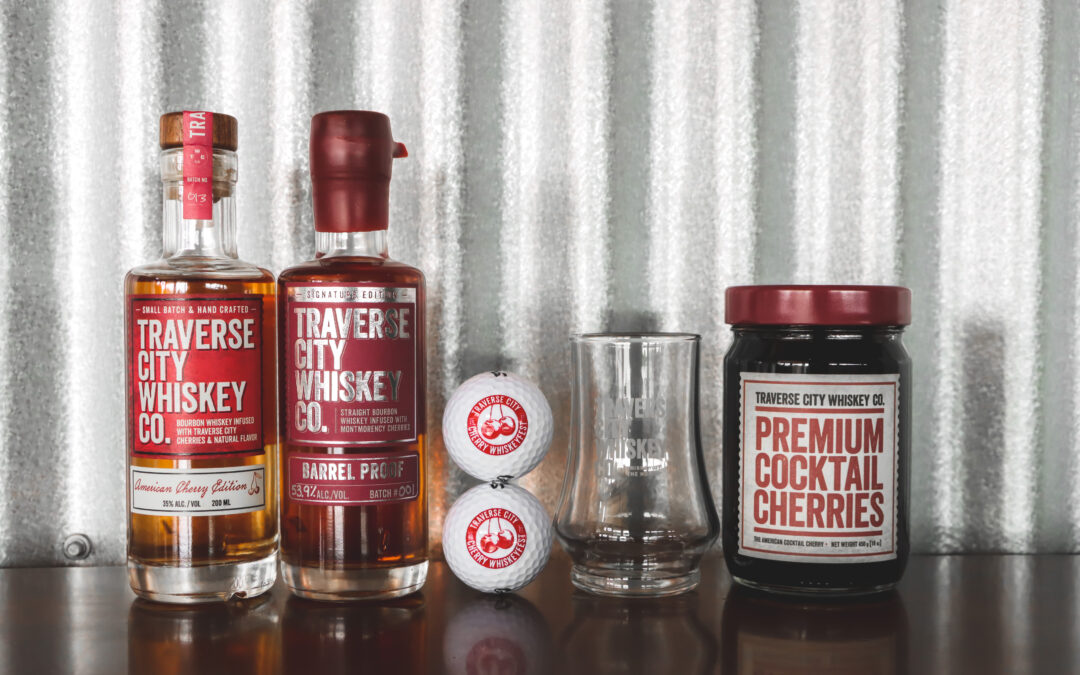 Traverse City, MI (October 3, 2022) – Traverse City Whiskey Co. (TCWC), will kick off its third annual Cherry Whiskeyfest on Thursday, October 6, with the release of its highly sought after Barrel Proof Cherry Whiskey – a limited-release, enhanced strength version of its classic American Cherry Edition, the best-selling craft spirit in the state of Michigan. The team will make a blend of 10 premium barrels available for purchase at The Stillhouse in Traverse City and The Outpost in Ferndale, MI, for $89.99 (750ml). Non-locals can order a limited-edition Cherry Whiskeyfest kit ($85) at www.cherrywhiskeyfest.com, which includes 200ml bottles of both the Barrel Proof Cherry and American Cherry Edition whiskeys, a jar of TCWC’s premium cocktail cherries and TCWC branded golf balls.

TCWC’s Barrel Proof Cherry Whiskey features the same mash bill (75% corn, 21% rye and 4% malt barley) and recipe as American Cherry Edition, but a higher proof (between 109-112). Additionally, the team infuses the Barrel Proof version with 10 pounds of Montmorency Sour Cherries from Fredrickson Orchards, which are wrapped in cheesecloth and suspended in the batch to fully infuse their rich, fruity flavor for approximately three days (versus 10 for the Bottle Proof version). The batch is then tasted at multiple points by the team’s Master Distiller and Master Blender to ensure the proper balance and addition of the cherry essence. Once the perfect taste is achieved, the cherries are removed and the whiskey is bottled. The finished expression exhibits notes of rich dark chocolate, cherries, raspberries, vanilla, hints of cinnamon and star anise.

Known as the “Whiskey of the North,” the craft whiskey producer draws upon its early family roots in the distilled spirits industry dating back to the late 1800s, sourcing all their grains (corn, rye and malted barley) from the Midwest. The distilling team, led by Chris Fredrickson, Jared Rapp and Moti Goldring, strives to make quality products, inspired by patented distilling techniques invented by Fredrickson’s great grandfather that were approved by the US PTO during the prohibition era.

Located at 201 E. 14th St. in downtown Traverse City, the Stillhouse is open to the public seven days a week. Guests can experience the complete distilling process firsthand. A 400-gallon, custom Kothe still sits next to the Tasting Room and Stillhouse Cocktail Bar where visitors conclude their tour. When the still, which is naturally cooled by Michigan ground water, is running at full capacity, it can create up to 800 barrels of whiskey per year. The facility also contains a visitor center and gift shop, where guests can purchase brand gear and limited-edition whiskey expressions.