Austin, TX (February 10, 2020) – INSÓLITO®, the new super-premium tequila, which is backed by Critically-Acclaimed Country band Midland and made using a unique process of crafting small batch tequila, today launched three expressions in the band’s home state of Texas. The collaboration marries the unconventional personality of the Double Grammy nominees, with brothers Octavio & Alberto Herrera, who own and operate Premium de Jalisco, the highest distillery in México; and Spirits Innovation Partners (SIP), the operating arm of the business.

INSÓLITO, which translates to “rare,” “uncommon,” and “extraordinary,” is distilled at 7,200 feet above sea level in the mountains of Jalisco within a town called Mazamitla. The high altitude and cooler temperatures provide for a slow, natural aging process, resulting in more complex flavors. The brand chose to use only new American White Oak barrels so that during the aging process, the 100% Blue Agave spirit would mingle with the barrels’ richness and hints of natural caramel and vanilla. Similar to the bourbon aging process, the temperature fluctuation allows the tequila to travel into and out of the barrel wood at a higher rate.

Midland was formed in 2013 after three old friends rekindled at Cameron Duddy’s wedding in Wyoming. Now, the trio all call Texas home. They recently released their sophomore album “Let it Roll,” their No. 1 Billboard Top Country Album debut and second critically lauded project. The trio are self-proclaimed tequila aficionados, former bartenders and INSÓLITO brand owners. Rooted in tradition in both sound and style, the retro-facing band comprised of Mark Wystrach (lead vocals); Cameron Duddy (bass guitar, vocals); and Jess Carson (lead guitar, vocals) have been praised as “Connoisseurs of Country Craft” by NPR and cited for their “retro country elegance” by The New York Times. They are represented by Matt Graham of BRND MGMT, Jason Owen and Todd Ramey of Sandbox Entertainment as well as Creative Artists Agency (CAA), all partners in the project.

“We’re thrilled to launch INSÓLITO first in our home state of Texas,” said Wystrach. “We created INSÓLITO as an extension of our brand and we’re proud of what we’ve created in partnership with SIP.”

The ACM Award-winning trio has earned a reputation as a wildly satisfying live act and later this month will make a return to their home state with their ROAD TO THE RODEO TOUR. Introducing fans exclusively to INSÓLITO at their shows, the tour will venture across the Lone Star State and include the band kicking off opening night of the prestigious Houston Livestock Show & Rodeo as well as two nights at Billy Bob’s Texas. The Billy Bob’s dates mark a special homecoming for the Dripping Springs-based trio who have already sold out the venue twice and filmed the music video for hit single “Burn Out” in the legendary haunt.

“Our goal was to produce a tequila that stands for uncompromising character, including the liquid, personality and partners,” said Pete Kelly, CEO, INSÓLITO. “After two and a half years of development, I believe INSÓLITO delivers on all three of those fronts.”

At 80 proof (40% ABV), INSÓLITO is a complex and smooth super-premium tequila.

The brand’s hand-crafted bottles of Blanco, Reposado and Añejo each feature a distinct color (INSÓLITO Blue, Sea Foam Green and Coral, respectively) painted three-quarters of the way down. Designed by SIP, the lower exposed tequila is the party where tequila lovers come together to celebrate those who live boldly, bravely and beyond convention.

INSÓLITO is now available in 750ml bottles in select on- and off-premise accounts throughout Texas and will be distributed by Ben E. Keith Beverages.

“INSÓLITO Tequila is a welcome addition to our growing spirits portfolio,” said TJ Samuelson, Texas Spirits Manager, Ben E. Keith Beverages. “We believe the brand possesses the necessary balance of authenticity, quality and personality, and are confident it will resonate with both tequila and music fans alike.  We are eager to bring INSÓLITO to the market and look forward to building this brand with our new partners at SIP.”

About INSÓLITO Tequila
INSÓLITO, which translates to “rare,” “uncommon,” and “extraordinary,” is a super-premium tequila made from 100% blue agave. It’s distilled 7,200 feet above sea level in the mountains of Jalisco, México, which produces flavor second to none. The company’s product line includes three expressions: Blanco, Reposado and Añejo. The new brand is a collaboration among brothers Octavio & Alberto Herrera; Midland, the acclaimed American country music group; and Spirits Innovation Partners. 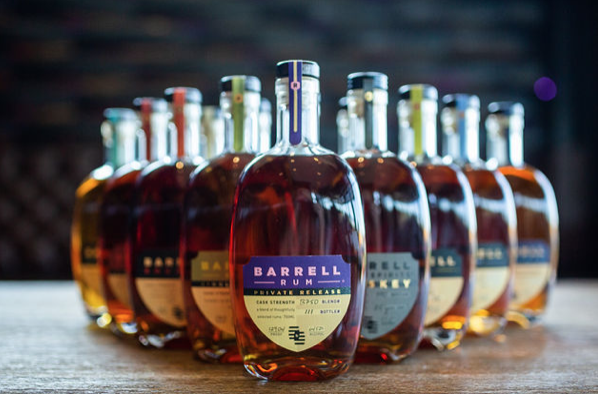 Louisville, KY – Barrell Craft Spirits® (BCS), the award-winning independent blender and bottler, has created a unique niche within the spirits industry by focusing on the art of sourcing and blending. Founded in 2013 in Louisville, Kentucky, BCS selects and blends products that explore different distillation methods, barrels and aging environments, and bottles them at cask strength. Every batch is produced as a limited release and has a distinct flavor profile.While BCS considers themselves traditionalists when it comes to the identity of spirits, they embrace a progressive approach to exploring ideas for blending, emphasizing what people want now versus what has been successful in the past. This affords the team access to some of the most interesting and delicious spirits in the world.

Founder Joe Beatrice, who launched his first venture to help companies establish, brand, and grow their products online, brings more than two decades of experience in marketing, technology, business strategy, and product development to BCS. A longtime home brewer, Joe was captivated after tasting whiskey straight from the barrel for the first time. But, rather than follow a traditional path and build his own distillery, Joe drew inspiration from Scotland’s long-established independent bottlers who elevated barrels of whisky into something greater than the sum of their parts. With his creative juices surging, he began to source whiskey and blend exceptional casks from established producers, bottle them at cask strength, and sell them as transparently as possible.

Today, BCS blends a variety of spirits, including whiskey, bourbon, rye and rum, out of ingredients sourced from all around the world. BCS’s extensive stocks of high-quality casks mean they can craft extraordinary blends that maximize the nuances of each ingredient. Creative finishes, a liberated approach to blending, and a deep-seated commitment to releasing each whiskey at cask strength and without chill filtration guides every product release.

“Our goal is to become the most creative, forward-thinking, and progressive whiskey blenders in the nation,” said Beatrice. “But, successful doesn’t mean static. We’re passionate about pushing the creative envelope every day,exploring opportunities to source and blend outside the box, and showcase the world’s most exciting spirits.”

Joe remains intimately involved with every step of the production process, using his exceptional palate to choose and create great spirits alongside master blender Tripp Stimson, who joined BCS in 2017, as Master Distiller and Director Distillery Operations, after having spent nine years with Brown Forman Corporation, headquarters to Jack Daniel’s, Woodford Reserve andOld Forrester. National Director Will Schragis, an experienced bartender, sommelier and brand development manager, rounds out the core team. In addition to working closely with distributors and key accounts, he plays an active role in product development.

In addition to its ongoing offerings, including Barrell Dovetail and the Infinite Barrel Project, BCS issues special releases that allow its creativity to flourish. BCS recently introduced an American Vatted Malt bottling, a blend of exclusively American single malt whiskeys that’s complex and multi-faceted, rewarding the drinker with unfolding layers of flavor. BCS also has a selection of single barrels available to retailers, bars, restaurants, and whiskey societies, via its Single Barrel Program. Each is a true single barrel – bottled at cask strength without combining it with any other barrels, unlike batches which are bottled from a selection of several barrels blended together to a specific flavor profile. Finally, the Private Release Rum Series showcases the team’s blending expertise while maintaining a single barrel-like scale controlled entirely by hand and by palate. Every ounce of every ingredient changes the overall character of these blends, as does the barrel that each one is aged in, making every bottling singularly special. 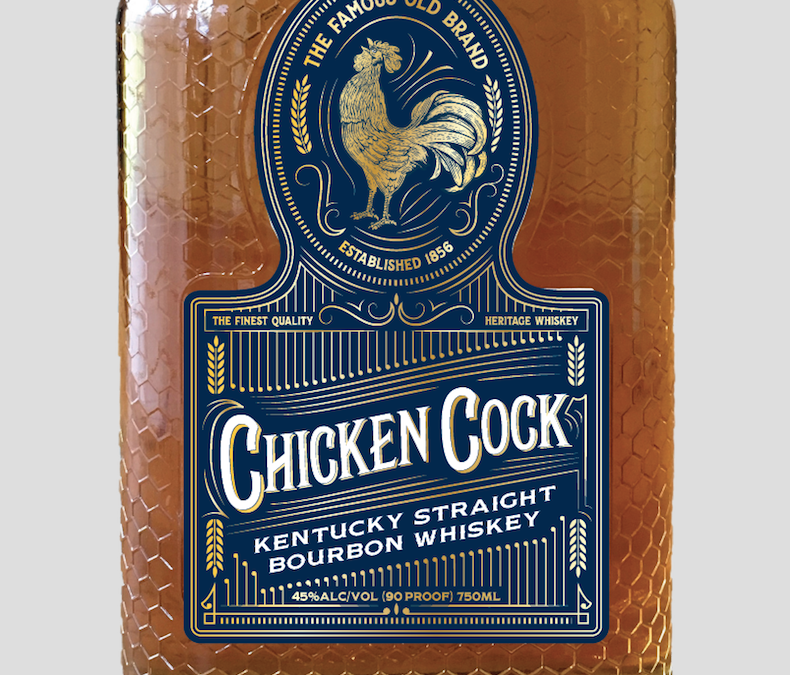 BARDSTOWN, Ky. – Grain & Barrel Spirits’ (“G&B”) investment in bourbon over the last six years has set the stage for the next evolution for Chicken Cock Kentucky Straight Bourbon Whiskey, which has been released as the anchor of the Chicken Cock line. Available now in most US markets as well as online, the suggested retail price is $59.99/750mL.​

Distilled, aged, and bottled in Kentucky, Chicken Cock Kentucky Straight Bourbon Whiskey has a rich, elegant mahogany hue; a nose which balances oak tones with sweet notes of dried fruit, caramel, and vanilla; and a palate that opens with soft tannins. A creamy, almost buttery mouthfeel is complemented by butterscotch notes and toasted oak, resolving with a vanilla finish. At 90 proof (45% ABV), there is also a slight, welcome heat. The bourbon is bottled in a replica of the Prohibition-era Chicken Cock bottle.

Established in 1856 in Paris, Kentucky (10 years before Jack Daniels), Chicken Cock rose to fame as the house whiskey at The Cotton Club, one of Prohibition’s most legendary speakeasies. Known as “The Famous Old Brand” and “The Whiskey in a Tin Can,” Chicken Cock was smuggled into the Club in sealed tin cans, then ceremoniously opened table-side. After Prohibition, the brand enjoyed a resurgent couple of decades before a distillery fire just after World War II put it out of business.

In 2012, Matti Anttila, founder of Grain & Barrel Spirits, rediscovered the Chicken Cock Whiskey brand and set out to resurrect it to its Prohibition-era glory. Master Distiller Gregg Snyder was brought on board to provide the knowledge and experience needed to help achieve that goal. Snyder’s impressive résumé includes distilling, cooperage, and executive positions with Brown-Forman, Austin Nichols, and others, as well as board positions with the Associated Cooperage Industries of America, Kentucky Distillers’ Association, and others. Chicken Cock Whiskey is also proud to be associated with the Bardstown Bourbon Company’s collaborative distiller’s program.

Founded in 2012 by Matti Anttila, West Palm Beach, Florida-based Grain & Barrel Spirits is an emerging craft spirits company at home in the Southeast with production and sales partners around the world. This month, the company was named to the Inc. 5000 list, coming in within the top 25% of America’s fastest-growing, independently owned businesses. In addition to pre-Prohibition favorite Chicken Cock Whiskey, wholly owned brands include Dixie Southern Vodka, the ninth fastest-growing spirit in the U.S., and The Endless Summer Spirits Company.