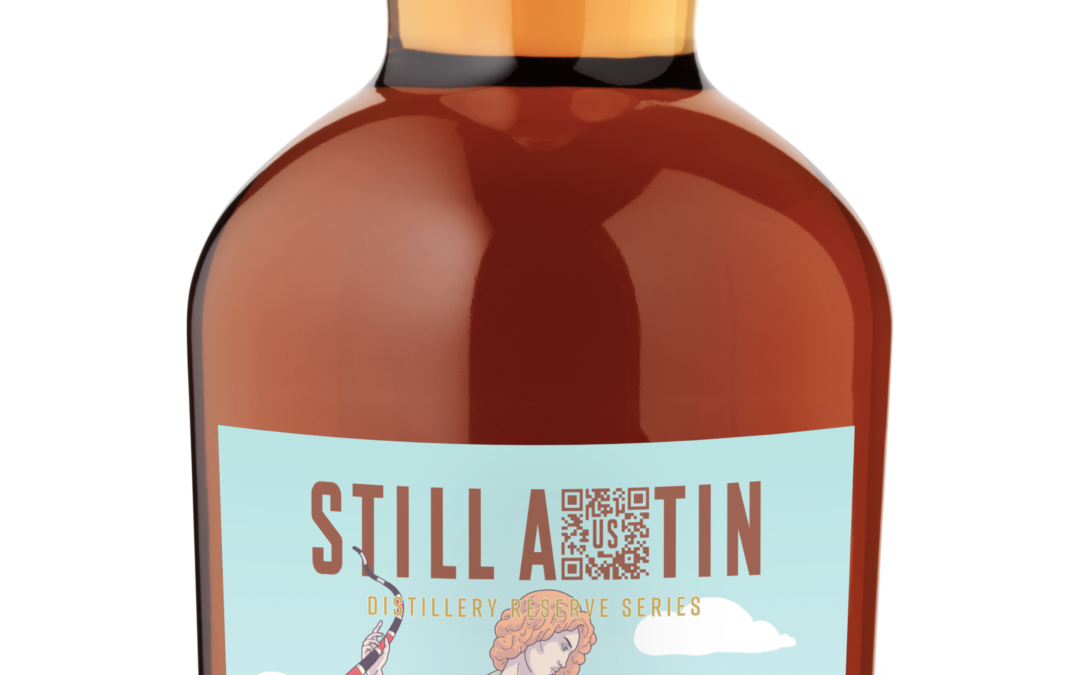 The new whiskey expression is made of 100% winter hawk wheat, sourced exclusively from Texas farmers. The bourbon was aged for three years and four months. The end result yielded a total of (600) 750ml bottles, will which retail for $100 each. Whiskey lovers can enter into an online lottery for the chance to purchase a bottle by visiting the Still Austin website from Tuesday, August 17 at 12:00pm through Monday, August 30 at 12:00pm. Still Austin will notify all winners on Tuesday, August 31, 2021, via email, who will then have 24 hours to purchase their bottle. All bottles must be picked up at the Still Austin distillery beginning on Friday, September 3 at 11:00am CST.

“For this release, we wanted to show wheat’s potential, letting this subtle and suggestive grain shine on its own,” said John Schrepel, Head Distiller.

Like the spirits inside, the bottles themselves are works of creative expression. Still Austin enlisted Austin artist Tyler Skaggs to create the one-of-a-kind label. The artwork celebrates the duality of life: light and dark, nature and technology, life and death, beauty and decay. On the label, a maiden tempts fate as she dances with an alluring and mysterious serpent. The label has a special QR code printed on it which, when scanned with a smartphone, will open Instagram and trigger an Augmented Reality (AR) experience about how her curiosity soon turns grim. The experience will animate and come alive changing the label into a second piece of artwork. Users will be able to share this animation on their Instagram feeds.

The Still Austin distilling team is led by Head Distiller John Schrepel, Master Blender Nancy Fraley and veteran Master Distiller Mike Delevante, one of the most experienced and respected distillers in North America who designed the distillery to make the highest quality of bourbon. That includes a 42-foot custom-made column, “Nancy,” (and her sister copper-pot still, “The Queen”) which give the distillers serious creative license to create unique new flavors and spirits. The team also uses Texas weather to its advantage. The region’s high heat, humidity and rapidly shifting temperatures encourage spirits to move rapidly in and out of the oak barrels and mature relatively quickly—but, if this process is left unchecked, it can also cause the bourbon to have heavy oak flavor or harsh tannic qualities. To prevent this, Still Austin uses a meticulous slow water reduction technique focused on flavor and balance, which gives the alcohol a softness on the palate and brings more “mature” notes to the forefront. For more information, visit www.stillaustin.com

Founded in 2015 by three Austin families, Still Austin Whiskey Co. is a true grain-to-glass distillery, located at 440 East St. Elmo Road in the heart of Austin, Texas. All spirits are hand crafted using grains grown by Texas farmers. Still Austin’s collection of spirits includes the flagship Straight Bourbon Whiskey (aka “The Musician”) and American Gin (aka “The Naturalist”). Still Austin places a high value on sustainability, with a focus on cutting carbon emissions through local sourcing, increasing the biodiversity of the region through heritage grains, returning spent grains to local ranchers to feed their animals, and operating a distillery that is designed for energy efficiency and water conservation.

Tyler Winters Skaggs was born and raised in Las Cruces, New Mexico. Tyler and his wife, Erin Michele Zimmerman, started Hokum Press in 2013 after relocating to Austin, Texas. Taking a southwestern pop art aesthetic and blending it with both high and low brow iconography, they borrow from the symbology of tattoo culture, alchemy, tarot, and lotería, making screen prints that speak their life growing up in the Mesilla Valley on the Chihuahua/New Mexico border.