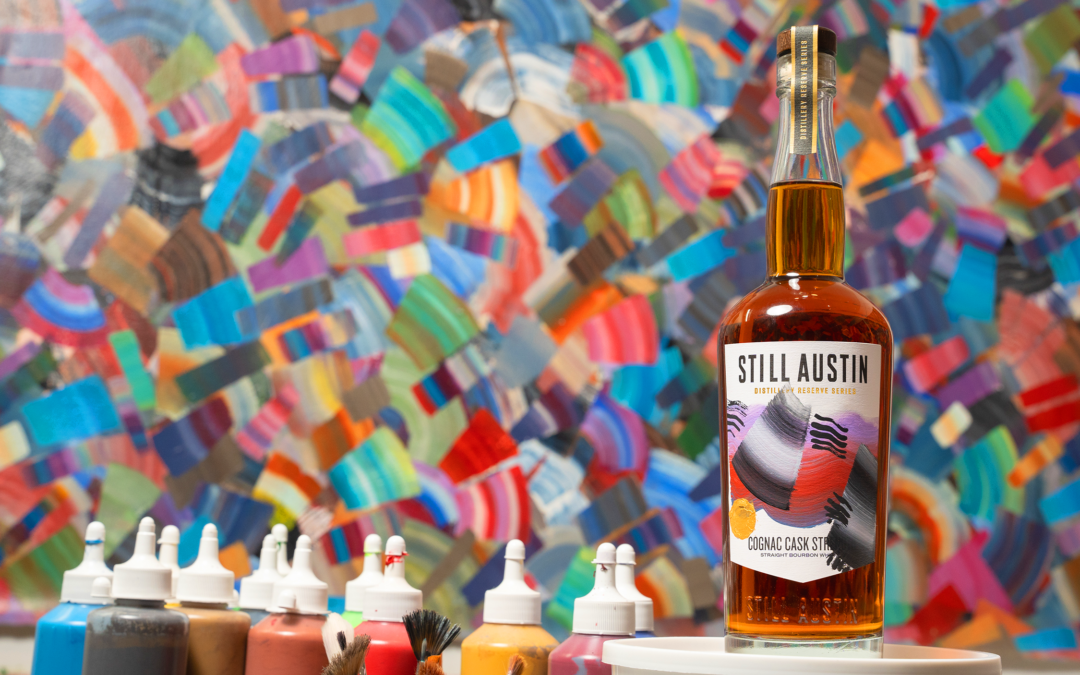 As part of these annual holiday releases, Still Austin partners with a local Texas artist to create the art for the bottle label. For this year’s release, the award-winning grain-to-glass distillery turned to Austin-based up-and-coming abstract muralist Kel Brown. A rising star in the local art scene, Brown has been making his mark on the outdoor walls of Austin as well as in the city’s art galleries. A former artist-in-residence at Pine Street Station, he has collaborated with the SXSW music festival, the City of Austin, and the George Washington Carver Museum. Each label for this sumptuous whiskey has been individually hand-painted as Brown allowed the spirit to inspire his innate sense of color and form.

Consumers will have the chance to purchase a 750ml bottle beginning Monday, December 5 at 1:00pm CST by visiting StillAustin.com. The price is $120 per bottle plus tax, which will be sold on a first come, first served basis. Limit one per customer. Patrons can pick up their bottles at the Still Austin distillery (440 E. St Elmo Road Unit F) on Friday, December 9, beginning at 12pm. Bottles must be picked up at the distillery and cannot be shipped.

The Still Austin distilling team is led by Head Distiller John Schrepel, Master Blender Nancy Fraley and veteran Master Distiller Mike Delevante, one of the most experienced and respected distillers in North America who designed the distillery to make the highest quality whiskey. That includes a 42-foot custom-made column, “Nancy,” (and her sister copper-pot still, “The Queen”) which give the distillers serious creative license to create unique new flavors and spirits. For more information, visit www.stillaustin.com

Founded in 2015 by three Austin families, Still Austin Whiskey Co. is a true grain-to-glass distillery, located at 440 East St. Elmo Road in the heart of Austin, Texas. All spirits are hand crafted using grains grown by Texas farmers. Still Austin’s collection of spirits includes the flagship Straight Bourbon Whiskey (aka “The Musician”), Cask Strength Bourbon, Straight Rye Whiskey (aka “The Artist”), and American Gin (aka “The Naturalist”). Still Austin places a high value on sustainability, with a focus on cutting carbon emissions through local sourcing, increasing the biodiversity of the region through heritage grains, returning spent grains to local ranchers to feed their animals, and operating a distillery that is designed for energy efficiency and water conservation. 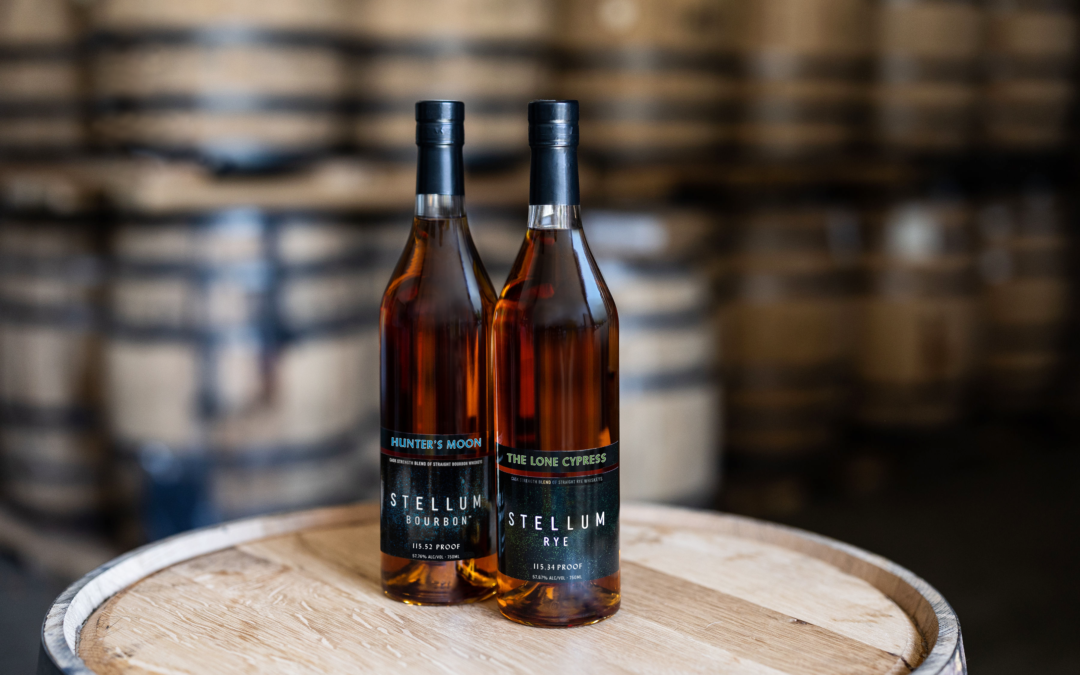 Stellum Black specialty blends offer consumers more in terms of rarity, collectability, and insight into the inspiration behind the blends themselves. Blending in steps and with smaller batches allows the team to utilize barrels or parts of barrels that are particularly unique while still having a major influence on the character of the whiskey.

The base for all Stellum Black specialty blends is a blend of Indiana bourbon/rye, which is then layered with older bourbons/ryes from Kentucky and Tennessee, creating a unique everyday whiskey.

These are the two latest limited edition blends:

Stellum™ Spirits is devoted to bringing American whiskey into the modern age with simple, elegant blends and single barrels selected with care and intention. Stellum Spirits is produced by Barrell Craft Spirits®, the original, pre-eminent independent blender of unique, aged, cask strength whiskey and rum since 2013. 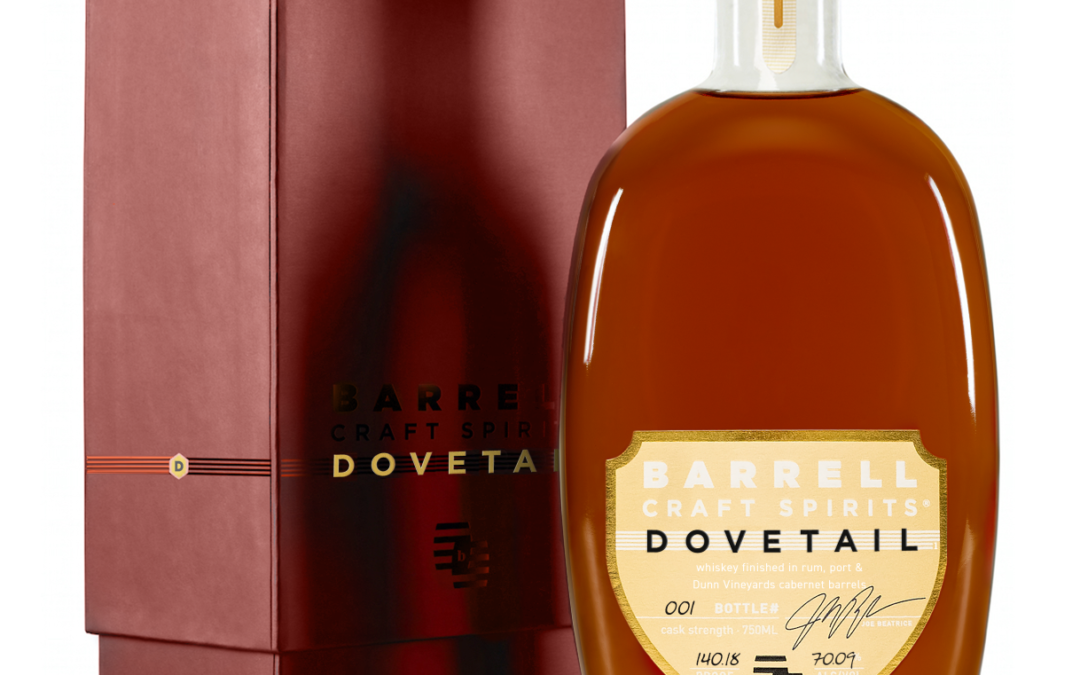 “Over the past several years, Dovetail has become a highly regarded expression within the BCS portfolio of products and the American Whiskey world,” said BCS Founder Joe Beatrice. “Following the recent success of BCS Gray Label Dovetail, we decided to apply the concept of ‘Dovetail’ to our oldest, rarest stocks. We left these component whiskeys in their finishing casks even longer and included some very high proof barrels to create a blend with an intensity matched only by its nuance and layering.”

BCS Gold Label Dovetail was distilled in IN, TN and Canada and bottled in Kentucky at 140.18 proof (70.09% ABV). The new expression is now available at select retailers within the brand’s current 49 U.S. markets and online via the BCS website at www.barrellbourbon.com. The suggested retail price for a 750ml bottle is $499.99. 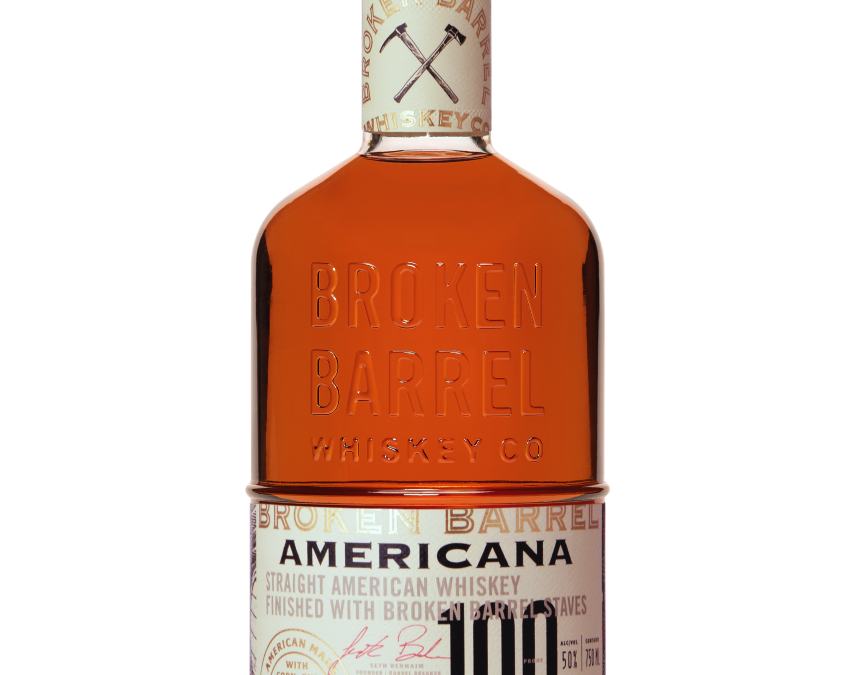 “Previously, we offered a selection of Rare Americana offerings as part of our single barrel program for private groups and retailers,” said Seth Benhaim, Founder and CEO, Broken Barrel Whiskey Co. “The new Americana 100 proof whiskey was inspired by those bottlings, but is a much more accessible offering for Broken Barrel fans to enjoy regularly.”

While most whiskey is aged in barrels and then bottled, Benhaim believed that there was a missed opportunity in traditional barrel finishing – namely the reliance on one type of barrel used to finish one type of whiskey. He created Broken Barrel to expand the barrel finishing concept, involving not only broken barrel staves (vs. intact barrels), but also the combination of multiple barrel types all finishing aged bourbon in tandem. Once Broken Barrel whiskey ages for a minimum of two years, barrels are carefully selected, dumped and batched in a large tank. The broken barrel staves from multiple different kinds of casks are then added to further age and finish the whiskey.

Americana will rollout nationally beginning this month for the suggested retail price of $35. It joins the company’s award-winning lineup of Small Batch, California Oak, Heresy Rye and Cask Strength whiskeys, which are distilled at the historic Owensboro Distilling Co., in Kentucky.

Broken Barrel products are sold online via the brand website, Caskers, Flaviar, Reserve Bar and Wine.com and in select retail locations within 33 US states and Canada. In addition to the core portfolio, the team regularly issues limited-edition special releases, which allows them to further flex their creative muscles and incorporate barrel staves from various combinations of unique casks sourced from all over the world. The Broken Barrel Stave House & Bottle Shop, located at 2332 East 8th Street in downtown Los Angeles, is open from Monday through Friday from 12-5pm. Limit three bottles per person, per day.

Brand fans can now join the Broken Barrel Whiskey Club, which offers access to unique offerings and rare bottlings on both a semi-annual and quarterly basis. For details and pricing, visit https://www.brokenbarrelwhiskey.com/plans-pricing