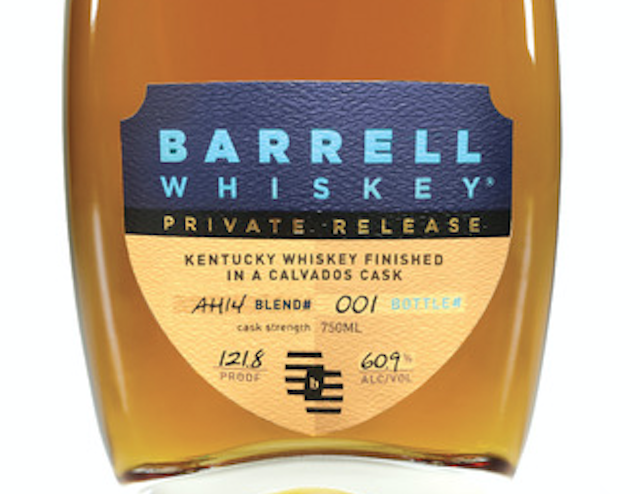 Louisville, Ky. (May 26, 2020) – Barrell Craft Spirits (BCS) has launched its highly-anticipated Private Release Whiskey Series. Each batch features a unique blend based around Barrell’s 18-year-old stocks of Kentucky Whiskey, which were then finished in a secondary barrel or cask.

Known best for sourcing and blending award-winning, unique aged spirits at cask strength, BCS’ Private Release Whiskey Series is a project in detailed blending on a scale small enough to allow extreme precision. It affords the team the opportunity to exercise its blending expertise while maintaining a single barrel-like scale controlled entirely by hand and by palate. While the company previously released a Private Release Rum Series last July, which sold out in two months, this is their first whiskey-focused series.

Led by Founder Joe Beatrice and Master Distiller Tripp Stimson, the BCS teamconsistently strives to become the most creative, forward-thinking and progressive whiskey blenders in the nation.That meanssourcing the finest ingredients from around the world, and using them to blend spirits that are far greater than the sum of their parts. It also means maximizing the best attributes of each element. Every component changes the overall character of these blends, as does the barrel in which each is aged. For that reason, these whiskeys take months to polish and perfect.

“The Private Release Whiskey Series is hands down our most ambitious project to date,” said Company Founder Joe Beatrice. “We pride ourselves on pushing the creative envelope every day, exploring opportunities to source and blend outside the box, and showcase the world’s most exciting spirits.”

Private Release Barrels, which are a blend of whiskeys (vs. single barrels), offer retailers, bourbon clubs and whiskey aficionados alike, something truly unique. At BCS, every batch is produced as a limited release and has a distinct flavor profile. Because certain batches were purchased through retailers or clubs, or may only be available online, BCS has added a special section to its website which contains the full list of offerings and suggestions for where to buy. Each offering contains between 150-180 total bottles. The SRP for each 750ml bottle is $109. The “Private Release Whiskey Series” includes the following: 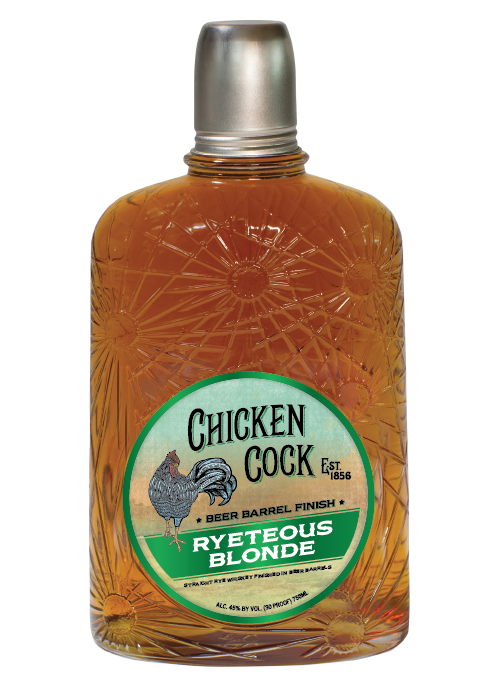 BARDSTOWN, Ky. (May 6, 2020) – Grain & Barrel Spirits has launched Chicken Cock Ryeteous Blonde, its newest limited-edition expression, in partnership with Goodwood Brewing based in Louisville, Kentucky. This marks the company’s second beer barrel finish collaboration with Goodwood. With only six barrels produced, Ryeteous Blonde will be allocated in limited quantities to select states.

Six barrels of this very special, high-quality Kentucky Straight Rye Whiskey were finished in original Chicken Cock Kentucky Straight Bourbon barrels that were used by Goodwood to age their Blonde Ale. Once the ale had completed its finishing process in the Chicken Cock Bourbon barrels and the beer removed for consumption, the barrels were then shipped back to the distillery and refilled with Chicken Cock Kentucky Straight Rye Whiskey. They were sampled periodically during the finishing process by Master Distiller Gregg Snyder, to evaluate the spectacular transformation, as the Rye flavors married perfectly with the complimentary flavors of the Blonde Ale. Gregg determined that the flavor combinations reached their peak in the barrel at 90-proof, adding the proper amount of water to “open up” the amazing flavors, without over-diluting them.

This beautifully balanced Rye Whiskey features a mash bill of 95% Rye and 5% Malted Barley. It was not chill-filtered, allowing it to retain a beautiful amber color, and an amazing array of complex spice notes, with cinnamon, brown sugar, hint of dark chocolate, slight grassiness, with complimentary overtones of malted barley and sweet oak. The taste features a plethora of spectacular flavors with notes of butterscotch, caramel, toffee, and allspice, followed by a hint of Toasted Oak. The “flavor explosion” on the palate fades slowly into a sweet, long-lasting finish.

Established in 1856 in Paris, Kentucky (10 years before Jack Daniels), Chicken Cock rose to fame as the house whiskey at The Cotton Club, one of Prohibition’s most legendary speakeasies. Known as “The Famous Old Brand” and “The Whiskey in a Tin Can,” Chicken Cock was smuggled into the Club in sealed tin cans, then ceremoniously opened table-side. After Prohibition, the brand enjoyed a resurgent couple of decades before a distillery fire just after World War II put it out of business. In 2012, Matti Anttila, founder of Grain & Barrel Spirits, rediscovered the brand and set out to resurrect it to its Prohibition-era glory. Master Distiller Gregg Snyder was enlisted to provide the knowledge and experience needed to help achieve that goal. Snyder’s résumé includes distilling, cooperage, and executive positions with Brown-Forman, Austin Nichols, as well as board positions with the Associated Cooperage Industries of America, Kentucky Distillers’ Association, and others.

Founded in 2012 by Matti Anttila, Grain & Barrel Spirits is an award-winning craft spirits company at home in the Southeast with production and sales partners around the world. The company was recently named to the Inc. 5000 list, coming in within the top 25% of America’s fastest-growing, independently owned businesses. In addition to pre-Prohibition favorite Chicken Cock Whiskey, wholly owned brands include Dixie Southern Vodka, the largest premium craft vodka produced in the Southeast, and The Endless Summer Spirits Company. Please visit https://www.chickencockwhiskey.com and follow on Instagram @chickencockwhiskey and Facebook