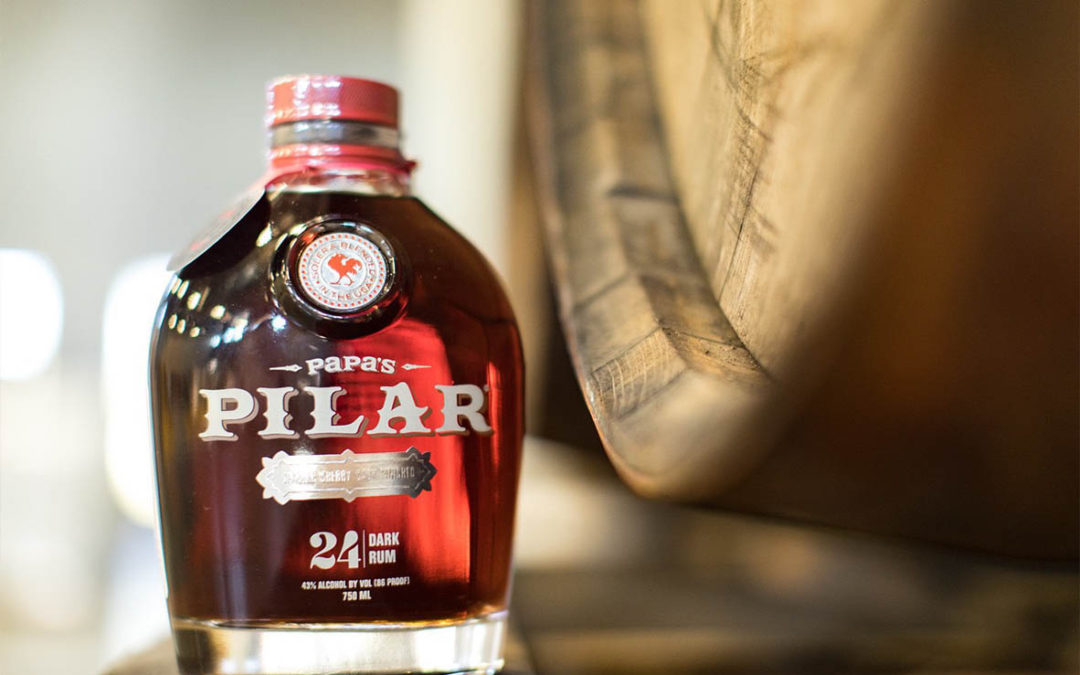 Key West, Florida (November 1, 2017) – Hemingway Rum Company, the makers of Papa’s Pilar® Dark and Blonde rums, is proud to introduce a limited-release of 1,400 6-pk cases of a special-edition Sherry Finish in select U.S. markets. The award-winning, premium sipping rums, which are inspired by Ernest “Papa” Hemingway’s spirit of adventure, are hand-selected from ports-of-call in the Caribbean, Central America and Florida for their age, character and maturity.

The team of Master Blenders created this special edition expression of custom barreled Papa’s Pilar Dark, with seven different hand-selected rums up to 25 years old, which are both pot and column distilled. After solera aging in Bourbon barrels, Port Wine casks, and Spanish Sherry casks, the bold and complex rum was further aged in Spanish Oloroso Sherry casks for approximately 30 days, creating a unique flavor profile.

In a quest to get rum back to its roots, the Papa’s Pilar Production team chose to embrace a similar methodology used in Scotch Whiskey, with the goal to allow the rum blend to continue to meld together, while also interacting with the Sherry and French Oak. It’s also a method used by Cuban rum makers in their best rums, as they cannot easily source used American Bourbon barrels. The team chose to use French Limousin Oak Sherry casks from Jerez de la Frontera, Spain, and only for a short period of time, because the grain structure of French Limousin Oak is wider and more open than American Oak Bourbon barrels (300L vs 200L).

“By building off the strong base flavors found in our dark rum and allowing additional time for the blended rums to meld together, this special release has developed a slight sweetness combined with a uniquely spicy finish, resulting in a smoothness and complexity second to none,” said Ron Call, Head of Rum Production. “The ‘magic’ happens in aging – not between the rum and the fresh oak, but between the rum and the broken-down oak from a process that takes many years to develop.”

Papa’s Pilar is meant to rekindle a sense of adventure in us all. “Papa” lived an epic life full of perpetual motion, and Papa’s Pilar was crafted to accompany rum enthusiasts as they sink their teeth into life. Named for his muse and one true constant, Pilar is the vessel that allowed America’s literary giant to reach beyond the shoreline, feast on life and remind us to never be a spectator.

Every aspect of Papa’s Pilar is thoughtful and purposeful. The distinct bottle evokes Papa’s exploits through a form factor reminiscent of an iconic WWII canteen. The special-edition expression will hit shelves in the Papa’s Pilar signature bottle, featuring a red closure to distinguish the Sherry-finished rum from it Dark and Blonde counterparts.

Papa’s Pilar recently opened a new distillery and experience center in Key West, Florida, further honoring Hemingway’s contribution to the classic spirit of the city in which he once lived. The over 8,000+ sq. ft. facility supports Papa’s Pilar rum production and features an Experience Center, Tasting Room, Trading Post, and eventually, a rentable event center. Visitors can view a 350-gallon Hamilton Pot Still, with a custom-made reflux column, that can produce up to 80 gallons of rum per day.

Papa’s Pilar was developed in conjunction with Ernest Hemingway’s estate. The Hemingway family donates 100 percent of their royalty profits to organizations that embody the likes of adventure, literacy, and conservation.

The suggested retail price of the Sherry Finish is $44.99 – $46.99, which will vary by market. The special-edition expression is available in 750ml bottles in both on- and off-premise establishments in: California, Florida, Georgia, Illinois, Indiana, Kentucky, Louisiana, Massachusetts, Michigan, New Jersey, New York, Tennessee and Texas. 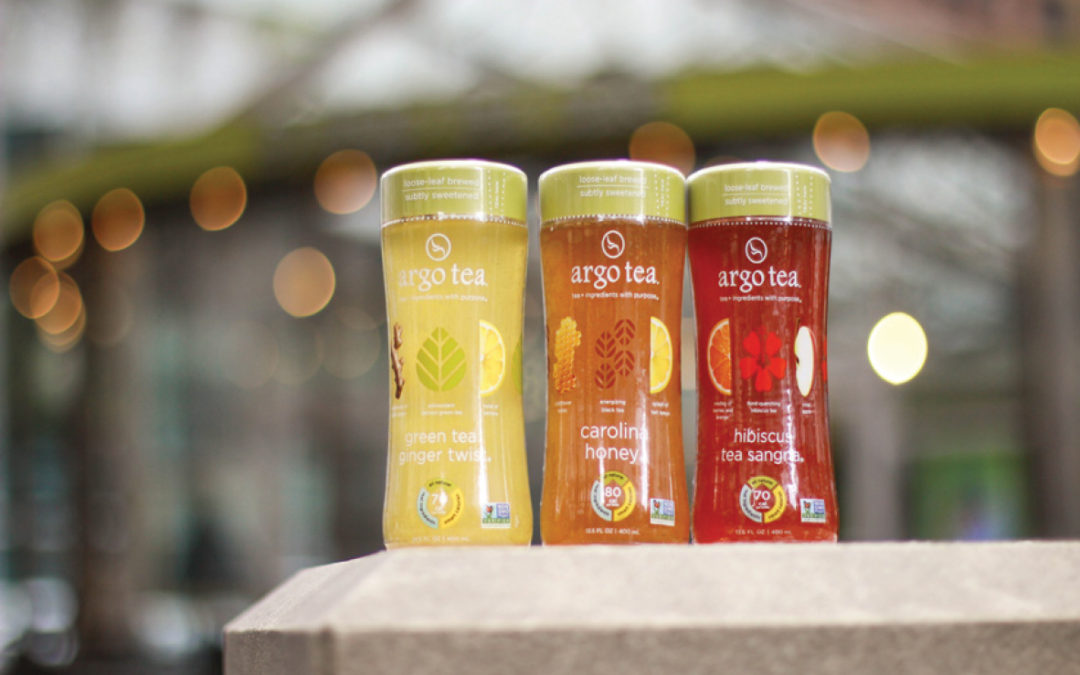 With the new Single Estate Cold Brew Tea line, Argo Tea is at the forefront of the emerging cold brew tea segment. By slowly cold-brewing the world’s premier single estate teas, the company is able to extract high concentrations of the right tea cells – flavonoids and antioxidants – giving the teas an exquisite, smooth flavor.

This month, Argo Tea will begin their rollout of the following new flavors at Whole Foods Market stores across the country:

“We’re passionate about creating new ways for people to experience tea,” said Arsen Avakian, founder and CEO, Argo Tea. “With our new Cold Brew teas, we are bringing consumers unprecedented access to super premium teas from around the world. We are uniquely positioned to do this because of our long-term relationships with growers, giving us access to one-of-a-kind micro lots and ensuring the highest quality teas with low microbial levels.”

“There’s no other tea company in the world I’d rather have bring our First Flush Darjeeling to market in an RTD format,” said Sanjay Bansal, owner and chairman of Ambootia Tea Garden. “Arsen and I go back a long time. He is one of the most innovative minds in the beverage business today and I’m incredibly excited about the launch of the new Cold Brew line.”

Yoshiaki Tsutsumi of Yamaguchi Tea Estate concurred, “Argo Tea is truly at the forefront of beverage innovation.  Consumers are seeking out unique, authentic flavors and we are proud that our Gyokuro green tea will be a part of this special line of cold brew teas.

The unique and flavorful super-premium teas are USDA Organic certified, Non-GMO Project Verified, all-natural, gluten-free, vegan and kosher.  To enhance the natural character of each tea, Argo adds a hint (20 calories per 13.5oz bottle) of fair-trade pure cane sugar to each flavor. All three flavors are bottled in Argo Tea’s iconic glass bottle, preserving the delicate flavors of the teas. Each tea has a suggested retail price of $2.49-$2.69.

The First Flush Darjeeling flavor becomes the only Demeter-Certified Biodynamic ready-to-drink tea available across the U.S.  In order for a product to achieve Biodynamic status, the ingredients must come from farms that are Demeter-certified – where the farmers manage their farms like a living organism – and the production facilities must meet the Demeter processing standards to ensure an unbroken chain of accountability from farm to finished product. To learn more, visit http://www.demeter-usa.org/

Since brewing its first cup of tea in 2003, Argo Tea has quickly become a household name and leading multi-channel, branded beverage company. Its ready-to-drink teas in Argo Tea’s iconic bottles are now available in over 50,000 outlets nationwide through partnerships with premier retailers that value its brand-defining commitment to quality, sustainability and healthy living. With nearly 50 Argo Tea cafés globally, it has established a brand building marketing platform that serves over 10 million cups of tea annually fueling its innovation. Argo Tea’s menu includes all natural-tea based signature drinks, over thirty varieties of loose-leaf teas, premium coffee, fresh-baked pastries, specialty foods, and a selection of tea ware and accessories. For more information, please visit www.argotea.com and follow the brand on Facebook at https://www.facebook.com/argotea as well as Twitter and Instagram @argotea