CHARLESTON, Sc. (August 29, 2022) – Grain & Barrel Spirits, which develops and scales craft spirits that connect the best artisans to consumers worldwide, has partnered with Wilderness Collective, which operates best-in-class adventures to help people disconnect and discover character through exploration. As Wilderness Collective’s official spirits partner, the collaboration will showcase our high quality spirits made for the outdoor drinking occasion for both Chicken Cock Whiskey and Tequila Eterno Verano.

Tequila Eterno Verano which officially launched this summer, is a range of new ultra-premium tequilas (Blanco, Reposado and Añejo) made for adventurous souls. Inspired by Bruce Brown’s classic 1966 surf film “The Endless Summer,” Eterno Verano is for anyone who’s ever wanted to strap a surfboard to a van and head south. The new lifestyle brand embodies the adventurous and wanderlust spirit of the surf culture epitomized in the film in which viewers embark on a journey with Robert August and Mike Hynson to undiscovered locales like Cape St. Francis, a small village in South Africa, Senegal, Australia, and Hawaii.

“We’re thrilled to work with Grain & Barrel Spirits, whose dedication to making bold and interesting spirits aligns perfectly with our vision for timeless experiences,” said Steve Dubbeldam, who founded Wilderness Collective in 2011 with a goal to inspire and equip people to discover a rhythm of adventure in their own lives. “We bring together some of the best things in life into one experience—adrenaline-filled adventure, exploration of wild spaces, incredible food and beverage, and deep, soulful conversations.”

“Summer is the ideal season to embark on an unforgettable outdoor adventure and we can’t think of a more likeminded partner than Wilderness Collective. Both Chicken Cock and Eterno Verano are adventure driven spirits brands that you’ll want to take along for the ride on all your outdoor adventures,” said Matti Anttila, founder of Grain & Barrel Spirits, which owns both brands.

To learn more about Wilderness Collective and to find your next adventure including motorcycle and UTV trips, visit the Wilderness Collective 2022-2023 Trip Calendar. Chicken Cock Whiskey and Tequila Eterno Verano products are available in WC’s backwoods bar on every Wilderness trip, both brand websites and Reserve Bar.

Based in Charleston, South Carolina, Grain & Barrel Spirits develops and scales craft spirits that connect the best artisans to consumers worldwide. The company’s core brands include:

Chicken Cock Whiskey, an historically significant whiskey brand established in Paris, Kentucky, in 1856; Dixie Vodka, the leading premium homegrown vodka produced in the Southeast, the Official Vodka of NASCAR and one of the fastest-growing craft brands in the United States, having won the prestigious 2019 and 2020 and 2021 “Rising Star” Growth Brands Awards from Beverage Dynamics magazine; Virgil Kane Lowcountry Whiskey; High Goal Luxury Gin, a small batch, ultra-premium gin produced in Charleston; Elvis Whiskeys, a duo of Elvis Presley-inspired whiskeys, and; Tequila Eterno Verano, a range of ultra-premium tequilas made for adventurous souls. Grain & Barrel has been named to the prestigious Inc. 5000 list of the fastest-growing privately held companies in America three years in a row.

Wilderness Collective operates best-in-class adventures to help people disconnect and discover character through exploration. Founded in 2011, Wilderness Collective’s goal is to inspire and equip people to discover a rhythm of adventure in their own lives. Our motto is:  “Wilderness Makes You Better” and we really believe it. We’re a team of talented guides, filmmakers, chefs, photographers and folks you’d want to go camping with. We work extremely hard to bring together some of the best things in life into one experience—adrenaline-filled adventure, exploration of wild spaces, incredible food and deep, soulful conversations. Oh and yes, we really do take our guests’ phones away for the weekend 😉 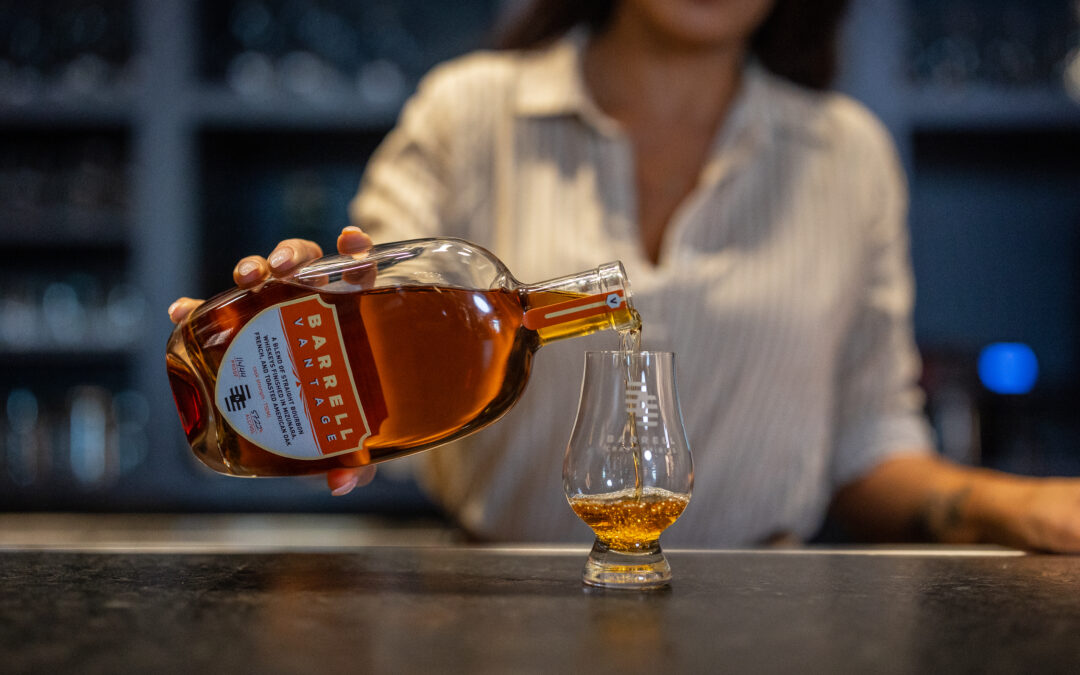 Louisville, KY (August 23, 2022) – Barrell Craft Spirits® (BCS), the award-winning independent blender of unique aged, cask-strength whiskey and rum, will introduce Barrell Vantage, a blend of straight bourbons finished in three distinct expressions of virgin oak: Mizunara, French and toasted American oak casks. As the newest ongoing release in the BCS portfolio, this expression emphasizes each wood characteristic and flavor contribution in the blend and skillfully highlights the toasted-characteristics and elegance of these finishing casks.

BCS’s unique vantage point in the whiskey world, combined with a passion for experimentation and nuance, enables the team to discover new flavor profiles and complexities in bourbon blends. Barrell Vantage is the result of deliberately pairing specifically identified bourbons with carefully selected cooperage, giving rise to a final expression that focuses on the subtle flavors and their compounding profiles.

Each component whiskey in Barrell Vantage is finished separately, then systematically combined according to a blending process fueled in equal parts by a scientific approach, experience, creativity, and experimentation. This process focuses on the wood characteristics and the specific flavor contributions that each cask contributes to the blend. The result is a masterfully blended, perfectly balanced representation of the harmonious synergy between bourbon and barrel.

Through past introductions including Armida, Dovetail, and Seagrass, the BCS team has many years of experience with three-part barrel finishing. With Barrell Vantage, the team applied those same techniques to the oak itself, using different char levels, toast levels, and oak origins to create a multidimensional blend. Ultimately, Barrell Vantage is defined by balance and depth of flavor and highlights the blending expertise that’s come to define Barrell Craft Spirits.

“Barrell Vantage is a bourbon dedicated to the arts of barrel selection and blending,” said BCS Founder Joe Beatrice. “We drew upon our years of blending expertise, creativity, and testing to create a bourbon with impeccable balance and depth of flavor that embraces different char and toast levels, along with its oak origins. Barrell Vantage is an exciting step forward in our never-ending journey to take bourbon to new heights.”

Barrell Vantage was distilled in Indiana, Kentucky and Tennessee, and then crafted and bottled in Kentucky at cask strength, 114.44 proof (57.22% ABV). It is now available at select retailers and online via the BCS website at barrellbourbon.com for the suggested retail price of $89.99 for a 750ml bottle. The BCS award-winning line of products, which includes batches, ongoing releases and limited releases, is currently sold in 48 states throughout the U.S.

Barrell Craft Spirits® is an independent blender of unique aged, cask-strength whiskey and rum spirits, that is recognized for its blending expertise. The company selects and blends products that explore different distillation methods, barrels and aging environments, and bottles them at cask strength. 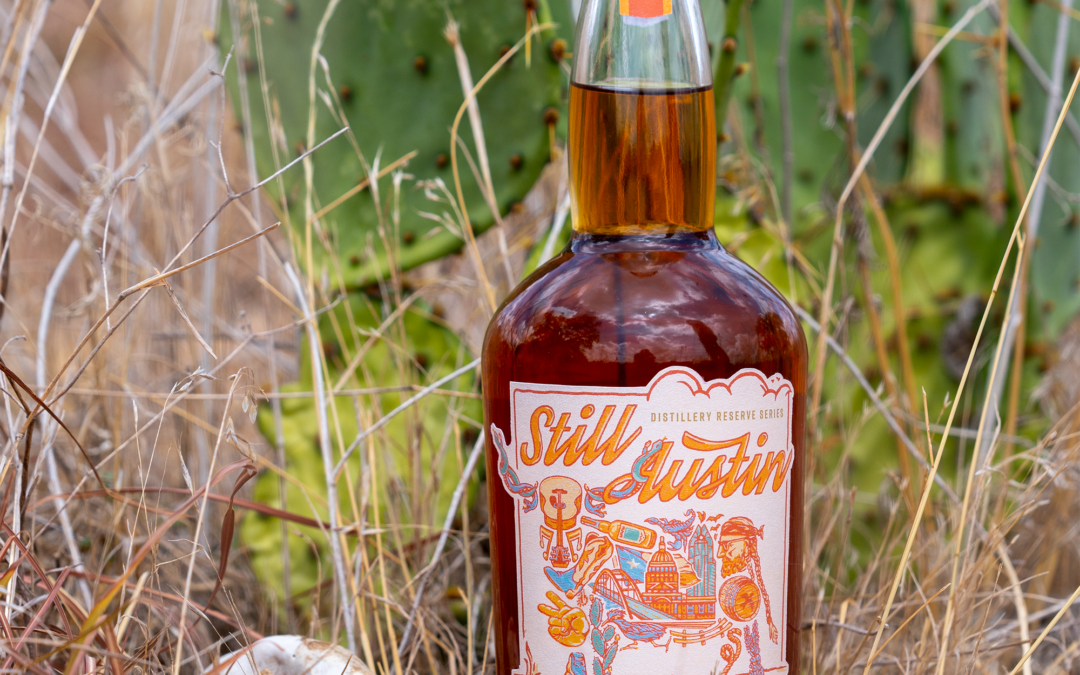 Available Online Monday, August 22, Latest Distillery Reserve Series Offering is a Tribute to the Heart and Soul of Austin

The whiskey was handmade from grain-to-glass at the distillery using 100% Texas grains and is a product of two barrels, which were double-oaked using two char-three new American white oak barrels. The expression was distilled from a combination of 70% White Corn, 25% Rye and 5% Malted Barley. It was then aged for at least three years and bottled at cask strength at 120.2 proof (60.1% ABV).

This spirit pays homage to one of Austin’s most enduring legacies: the coffee-shop philosophers, the late-night scholars, and the countless freethinkers who started in Austin and went on to change the world. For these intrepid Texas souls, the team distilled a dark and alluring spirit which greets the nose with hints of allspice, cherry and clove, followed by echoes of spruce and cinnamon, fig, carrot cake and cigar smoke. On the palate, look for intimations of heavy oak, leather, tobacco and salted pretzel, with the underlying sweetness of maple-and-brown-sugar-topped fried vanilla ice cream. The whiskey finishes with lingering aftereffects of white pepper, black tea and rye spice.

“This extra-special Distillery Reserve Series release commemorates the indomitable spirit that lies at the heart of our hometown,” said Brandon Joldersma, Chief Operating Officer, Still Austin Whiskey Co. “Like Austin itself, this spirit is both diverse and welcoming, combining bourbon from two of our finest American White Oak barrels.”

For the label design, Still Austin collaborated with Shaylon Elmore, an Austin-based illustrator and graduate of the University of Texas’s School of Fine Arts who grew up in Hunt, Texas, and frequently traveled to Austin to attend UT football and basketball games.

The new Still Austin Double Barreled Straight Bourbon Whiskey retails for $100 per 750ml bottle. Limit one per person. Orders will be fulfilled on a first come, first served basis. Bottles must be picked up at the Still Austin Distillery beginning on Friday, August 26.

Still Austin is an independent craft whiskey distillery founded in 2015, focusing on a true grain-to-glass concept that produces the highest quality whiskey by perfecting every part of the process and using local resources and sustainable practices. The team is committed to carrying out each part of the process in-house. That means never sourcing whiskey from another distillery, and instead always hand-making everything from scratch, and managing everything in-house – milling, mashing, fermenting, distilling, barreling and bottling. The distilling team is led by Head Distiller John Schrepel, Master Blender Nancy Fraley and veteran Master Distiller Mike Delevante, one of the most experienced and respected distillers in North America who designed the Still Austin distillery to make the highest quality of bourbon. That includes a 42-foot custom-made column, “Nancy,” (and her sister copper-pot still, “The Queen”) which give the distillers serious creative license to create unique new flavors and spirits. 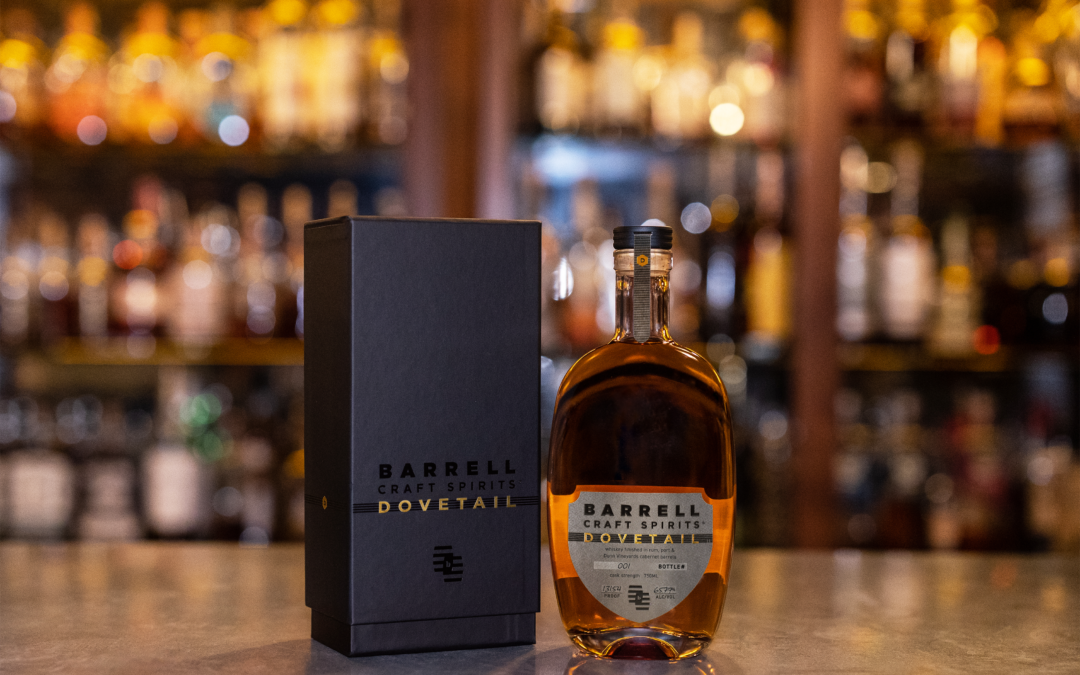 Louisville, KY (Aug 1, 2022) – In 2018, Barrell Craft Spirits® (BCS), launched Barrell Dovetail™, which has since become a prominent expression within the company’s portfolio and the American Whiskey world, winning the Chairman’s Trophy at the Ultimate Spirits Challenge and earning a Double Gold medal at the San Francisco World Spirits Competition. Recently, the independent blender of unique aged, cask-strength sourced whiskey and rum, became intrigued with applying the concept of “Dovetail” to some of its older stocks.

The result is BCS Gray Label Dovetail, a limited edition expression which boasts the same award-winning blend of American Whiskey finished in rum, port and Dunn Vineyards Cabernet Barrels and uses the same finishing and blending method. The difference however, as with all of the company’s Gray Label offerings, is that BCS used older and more rare barrels, aged up to 20 years, to create this blend. The result is a beautifully balanced whiskey that is rooted in its classic, iconic counterpart.

“Barrell Dovetail quickly became an industry and fan favorite within our portfolio,” said BCS Founder Joe Beatrice. “BCS Gray Label Dovetail provided us with the opportunity to showcase this unique flavor profile with an elegant new depth. Innovation is the lifeblood of our company and we’re proud to push the boundaries of blending each day.”

BCS Gray Label Dovetail was distilled in IN, TN and Canada, and bottled at 131.54 proof (65.77% ABV). It’s now available at select retailers within the brand’s current 48 U.S. markets and online via the BCS website at www.barrellbourbon.com. The suggested retail price for a 750ml bottle is $249.99.

Barrell Craft Spirits® is an independent blender of unique aged, cask-strength sourced whiskey and rum spirits, that is recognized for its blending expertise. The company selects and blends products that explore different distillation methods, barrels and aging environments, and bottles them at cask strength.