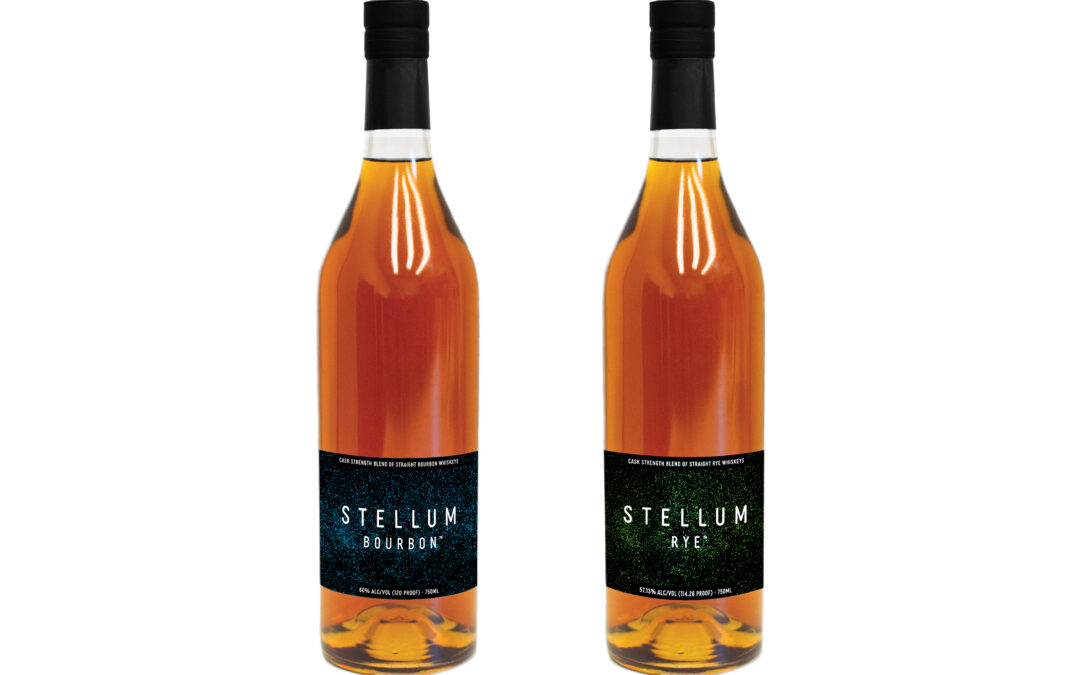 Produced by Barrell Craft Spirits®, Stellum™ Spirits is the result of years of industry-leading innovation in American whiskey. The brand strives to improve the flavor, process and ideals of traditional American whiskeys, while underscoring the importance of nuance and polish in a paired down and minimalist setting.

Stellum™ Black reveals a natural evolution of the inaugural cask strength bourbon and rye whiskey blends, using a meticulous blending approach to layer older reserve barrels into the original blends. The result is something both entirely new and deeply familiar.

“For Stellum Black, we maintained the soul of Stellum while creating a new dimension of flavor by adding reserve barrels from our stocks,” said Joe Beatrice, Barrell Craft Spirits Founder. “We’ve refined this layering technique over time which produces whiskeys focused on both immediate flavor and a long-developed complexity. The result is an entirely new set of whiskeys that has its roots firmly planted in the inaugural whiskeys.”

Stellum Black Bourbon™ and Stellum Black Rye™ were distilled and aged in IN, KY and TN, and bottled at 109.22 proof (54.61% ABV) and 114.26 proof (57.13% ABV), respectively. Stellum™ Black will be allocated nationwide and online via the Stellum™ website at www.stellum.com for the suggested retail price of $99 per 750ml bottle.

Stellum™ Spirits is devoted to bringing American whiskey into the modern age with simple, elegant blends and single barrels selected with care and intention. Stellum™ Spirits is produced by Barrell Craft Spirits®, the award-winning independent blender and bottler of unique aged, cask-strength sourced whiskey and rum. 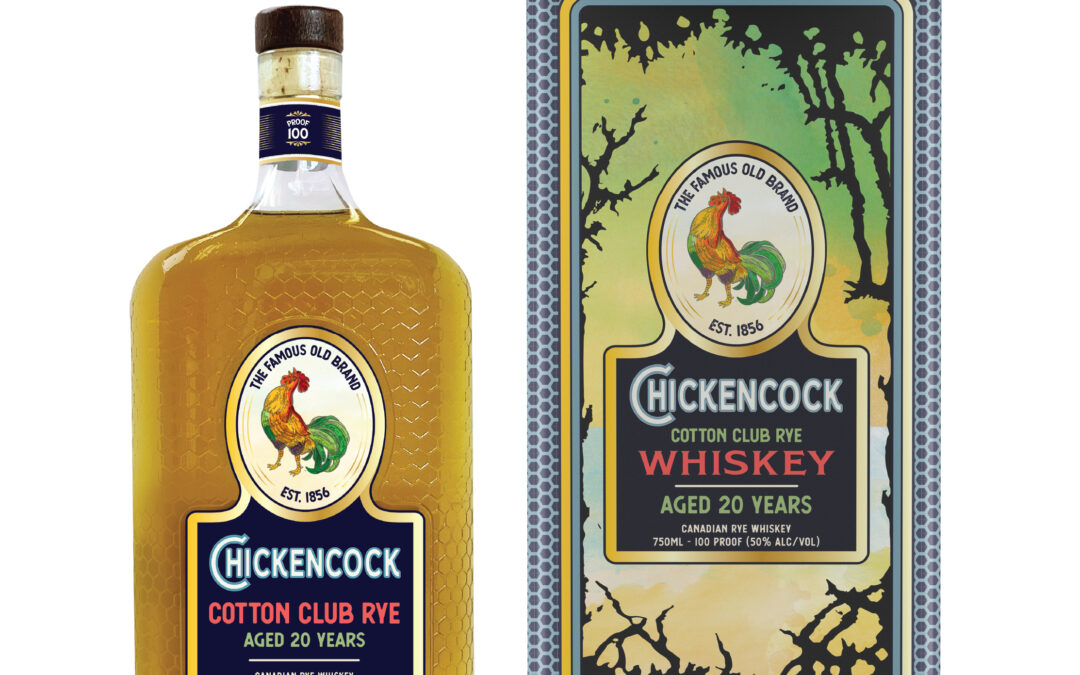 Originally established in Paris, Kentucky in 1856, Chicken Cock – known as “The Famous Old Brand” – was forced to move production up to Canada during Prohibition. The Canadian Rye whiskey produced during that period was then smuggled back into the U.S. in tin cans, earning the brand the nickname, “the whiskey in a tin can.” It was around this time that Chicken Cock rose to fame as the featured house whiskey at The Cotton Club (located in Harlem at 142nd St. and Lenox Avenue), one of Prohibition’s most legendary speakeasies. Here the brand was ceremoniously opened table-side where Duke Ellington and his orchestra regularly performed on the Cotton Club’s stage. In an excerpt from ‘Music is my Mistress,’ Ellington said, “during the prohibition period, you could always buy good whiskey from somebody in the Cotton Club. They used to have what they called Chicken Cock. It was a bottle in a can, and the can was sealed. It cost something like ten to fourteen dollars a pint.” ($140+ today).

“This luxury spirit and commemorative tin honor Chicken Cock’s Prohibition-era history and a period where the brand ventured north to carry on its tradition of bringing high quality whiskey to patrons across the country,” said Matti Anttila, founder of Grain & Barrel Spirits. “This rare straight rye whiskey signals a return to pre-prohibition times when the classic spirit was more prevalent, while also honoring the brand’s history and heritage. We even maintained the spelling of ‘whiskey’ versus ‘whisky’ on the original tin from Prohibition.”

After Prohibition, Chicken Cock enjoyed a resurgent couple of decades before a distillery fire just after World War II put it out of business. In 2012, Anttila rediscovered the brand and set out to resurrect it to its Prohibition-era glory alongside Master Distiller Gregg Snyder whose résumé includes distilling, cooperage, and executive positions with Brown-Forman, Austin Nichols, as well as board positions with the Associated Cooperage Industries of America, Kentucky Distillers’ Association, and others. Since that time, the team has introduced a flagship KY Straight Bourbon and KY Straight Rye Whiskey, made in partnership with Bardstown Bourbon Company as part of its collaborative distilling program.

Based in Charleston, South Carolina, Grain & Barrel Spirits develops and scales craft spirits that connect the best artisans to consumers worldwide. One of the company’s core brands is Dixie Vodka, the leading premium homegrown vodka produced in the Southeast and the Official Vodka of NASCAR; one of the fastest-growing craft brands in the United States, Dixie won the prestigious 2019 and 2020 and 2021 “Rising Star” Growth Brands Awards from Beverage Dynamics magazine. Other brands in the Grain & Barrel portfolio include Chicken Cock Whiskey, an historically significant whiskey brand established in Paris, Kentucky, in 1856; Virgil Kane Lowcountry Whiskey; High Goal Luxury Gin, a small batch, ultra-premium gin produced in Charleston; and Elvis Whiskeys, a duo of Elvis Presley-inspired whiskeys. Grain & Barrel has been named to the prestigious Inc. 5000 list of the fastest-growing privately held companies in America three years in a row and is a proud member of 1% For The Planet.