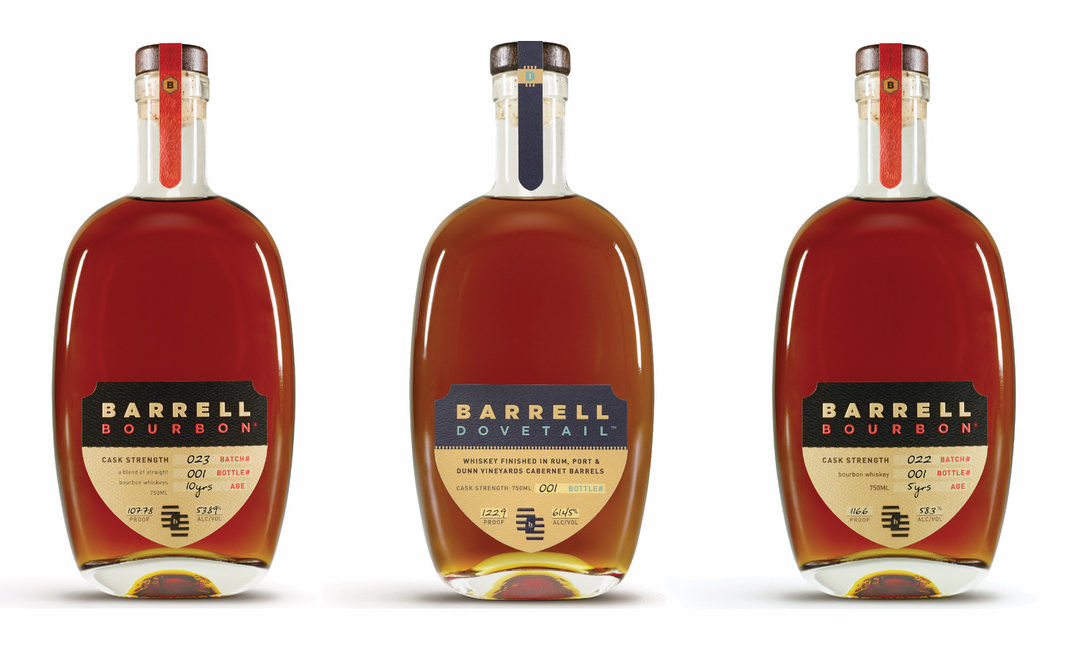 Louisville, Ky. (July 23, 2020) – Barrell Craft Spirits (BCS) is thrilled to announce that its Dovetail American Whiskey was awarded the “Chairman’s Trophy” at the 2020 Ultimate Spirits Challenge.The expression was the top scoring product in the American whisk(e)y category, receiving 97 out of a possible 100 points (extraordinary, ultimate recommendation) from the judges, who shared the following tasting notes: “ebullient nose of ripe red berries and blossom is anchored by brown sugar, leather, lanolin, and wildflower honey. Rich and powerful on the palate, it is tempered by decadent flavors of maple cream, molasses, and cherry preserves. A truly dynamic and delicious whiskey.” Additionally, Barrell Bourbon Batch 022 and Batch 023, received 96 and 93 points respectively, with the former also named a “Finalist” and recognized in the Top 100 Spirits of the competition.

Ultimate Spirits Challenge is among the most respected and experienced authorities in the distillery spirits industry, with a mission to “create and establish a new and higher standard of evaluation that provides accurate, meaningful and useful results.” Each product is evaluated blind by panels in multi-stage assessments under ideal tasting conditions over a period of time to remove any inherent or individual bias.

“We’re having an incredible year, with Dovetail taking top honors at this prestigious competition and our Barrell Bourbon Batch 021 winning ‘Best Bourbon’ at the recent San Francisco World Spirits Competition,” said Company Founder Joe Beatrice. “It’s incredibly satisfying to see several of our releases recognized and truly demonstrates our commitment to source and blend outside the box. Dovetail took us almost a year to get right, from blending to labeling, but it was well worth the wait.” 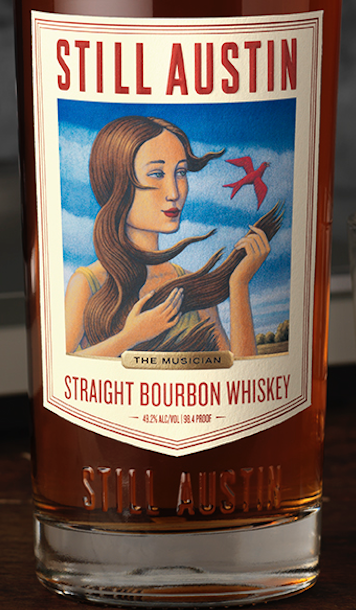 “After six years of hard work and perfecting our technique, we’re ready to launch our new flagship straight bourbon whiskey,” said Chris Seals, CEO. “We started Still Austin Whiskey Co. because we saw an opportunity to create our own kind of distillery where we do everything intentionally. This bourbon is an expression of true Texas terroir, but also the distillation of all we are, and of all that has created us. We’ve managed to bottle the inclusive spirit of our home city; a complex bourbon with substance, flair, and finesse.”

According to Still Austin’s “Master Nose” Nancy Fraley, who is famous for her peerless ability to detect flavor notes, “the nose offers delightful aromas of ripe tropical fruits such as pineapple, banana, papaya, mango, toasted coconut shavings, and S’mores with melted milk chocolate and caramelized marshmallow. These notes follow through to the palate, where the rye makes its appearance in the form of cinnamon toast with brown butter, and blanched almonds. The alcohol is soft and creamy like vanilla egg custard and the mouth feel is round, with long waves of tropical fruit, toffee, and rye spice on the finish.”

The straight bourbon whiskey boasts a new custom bottle and label, which serves as the perfect complement to the art inside the bottle. For the label, Still Austin commissioned internationally acclaimed artist and native Texan Marc Burckhardt to paint a series of portraits of “archetypical” Austinites. Each provides a sense of the people who have influenced and inspired the team, while paying homage to the Texas terroir. The figure on the new label dubbed “the Musician,” is the first in the series, which will grace the labels of future spirits. These are visual representations of archetypes, a way of conceiving a “new Austin mythology” by celebrating the innovative people who make the city what it is. The Musician—along with future archetypes like the Naturalist, the Writer, the Visionary, and the Artist—illustrates the fearlessness needed to become truly unique. The Musician in the painting is confident, intelligent, brave and whimsical; essentially, everything Still Austin aspires to be, and everything the distillery loves about its community. The Musician was a natural place to start since Austin is “The Live Music Capital of the World.” Good whiskey is more than just corn, rye and malted barley that’s been fermented, distilled, and aged. Like the various elements of music—chords, rhythms, harmonies—the result is greater than the sum of its parts.

The distilling team is led by Head Distiller John Schrepel, Master Nose Nancy Fraley and veteran Master Distiller Mike Delevante, one of the most experienced and respected distillers in North America who designed the Still Austin distillery to make the highest quality of bourbon. That includes a 42-foot custom-made column, “Nancy,” (and her sister copper-pot still, “The Queen”) which give the distillers serious creative license to create unique new flavors and spirits.The team also uses Texas weather to its advantage. The region’s high heat, humidity and rapidly shifting temperatures encourage spirits to move rapidly in and out of the oak barrels and mature relatively quickly—but, if this process is left unchecked, it can also cause the bourbon to have heavy oak flavor or harsh tannic qualities. To prevent this, Still Austin uses a meticulous, six-month slow water reduction technique focused on flavor and balance, which gives the alcohol a softness on the palate and brings more “mature” notes, like vanilla and caramel, to the forefront. The result is a bourbon that highlights the natural flavor of the local grain, with no faults whatsoever.

Still Austin’s new straight bourbon whiskey will be available for pre-order online via the Still Austin website here: https://still-austin-whiskey-co.square.site/ beginning Monday, July 13. Then, in August, whiskey lovers will begin to see the brand throughout Texas in 750ml bottles at liquor stores for a suggested retail price of $45.