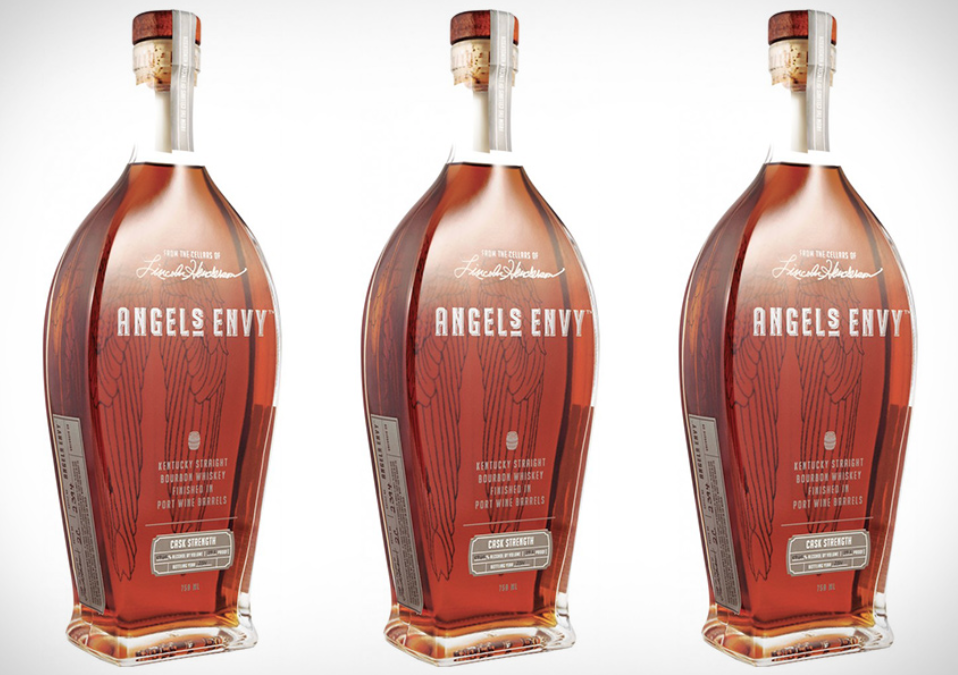 Named “best spirit in the world” by F. Paul Pacult’s Spirit Journal in the June 2013 edition, Cask Strength shared top honors with a 25-year-old single malt whisky that sold for nearly twice the price. In his review, Pacult awarded the brand five stars – his highest recommendation – noting, “this masterpiece deserves a sixth rating star.” The 2015 expression was also awarded five stars by Pacult in the 2016 Spirit Journal.

Angel’s Envy begins as a super-premium whiskey of uncompromising character and quality, aged up to seven years to the perfect level of richness and maturity. But only a few of those barrels meet the brand’s incredibly high Cask Strength standards. These hand-selected barrels are then blended and receive a lengthier finishing process in Portuguese port wine casks.

The suggested retail price for a 750ml bottle, which may vary by market, is $179.99. Each year, the proof varies based on the barrels selected. The 2016 release is 124.6-proof or 62.3% ABV, so you might want to consider sipping Cask Strength with a dash of water to release some of the deeper flavor nuances.

Located in downtown Louisville on the corner of Main Street and Jackson, the Angel’s Envy distillery is bringing the great Kentucky bourbon-making tradition back to the city. The new craft distillery and brand experience center will make a great starting point for the Bourbon Trail and be open to the public for guided tours. Louisville Distilling Company expects the new distillery to be up and running mid-fall, 2016.

Louisville Distilling Company LLC is the proud producer of the highly celebrated Angel’s Envy Kentucky Straight Bourbon Whiskey Finished in Port Wine Barrels. The artisan bourbon, which is hand-blended in small batches of 8-12 barrels and allowed to develop naturally, is the culmination of the late Master Distiller Lincoln Henderson’s storied career. The award-winning flagship Expression, which is available across the U.S., earned 98/100 points from Wine Enthusiast magazine – the highest-ever rating for a bourbon. The Company also offers Angel’s Envy Rye, which is finished in Caribbean rum casks, and Angel’s Envy Cask Strength, which F. Paul Pacult of Spirit Journal named the “Best Spirit in the World” in 2013. Each expression exhibits a passion for experimenting outside of conventional norms and producing unique whiskey steeped in tradition, but finished with a twist.

The Angel’s Envy™ brand is part of the portfolio of Bacardi Limited, headquartered in Hamilton, Bermuda. Bacardi Limited refers to the Bacardi group of companies, including Bacardi International Limited.

For more information, please visit us at www.angelsenvy.com or on Facebook