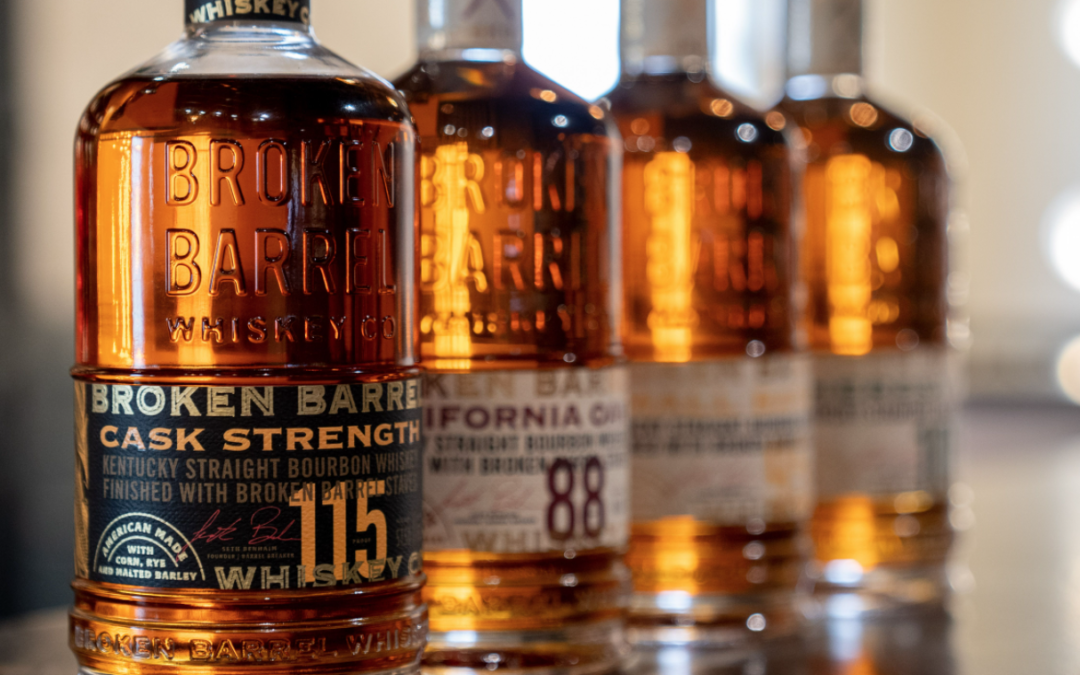 While most whiskey is aged in barrels and then bottled, Broken Barrel Whiskey Co. Founder and CEO Seth Benhaim believed that there was a missed opportunity in traditional barrel finishing – namely the reliance on one type of barrel used to finish one type of whiskey. He created Broken Barrel to expand the barrel finishing concept, involving not only broken barrel staves (vs. intact barrels), but also the combination of multiple barrel types all finishing aged bourbon in tandem.

“We always say that the truth is in the barrel,” said Benhaim. “Contact with the oak gives whiskey its character and charisma and defines the final whiskey. It’s responsible for 80% of the flavor tasted in every sip, which is why we further age and finish our whiskeys using various combinations of barrel types.”

Once Broken Barrel whiskey ages for a minimum of two years, barrels are carefully selected, dumped and batched in a large tank. The broken barrel staves from multiple different kinds of casks are then added to further age and finish the whiskey. While most whiskey enthusiasts are familiar with a mash bill, or combination of grains used, Benhaim coined the term Oak Bill™, to denote the combination of barrel staves from different types of barrels used in each expression, as listed on every bottle. Individually, these types of oak barrels are not typically used on 95% of all bourbon or rye whiskey produced, and rarely if ever are three types of oak used at the same time to finish any whiskey.

The core portfolio of products, which feature a premium new look, include:

In the spirit of experimentation, Broken Barrel regularly issues special releases which allows the team to further flex its creative muscles and incorporate barrel staves from various combinations of unique casks sourced from all over the world. They’re currently ramping up their Los Angeles whiskey warehouse by regularly collecting and breaking barrels, experimenting with aging and blending, and tasting and bottling new limited-release and single barrel projects.

Broken Barrel products are sold online via Caskers, Flaviar, Reserve Bar and Wine.com and in select retail locations within 33 US states. The Broken Barrel Stave House & Bottle Shop, located at 2332 East 8th Street in downtown Los Angeles, is open from Monday through Friday from 12-5pm. Limit three bottles per person, per day.