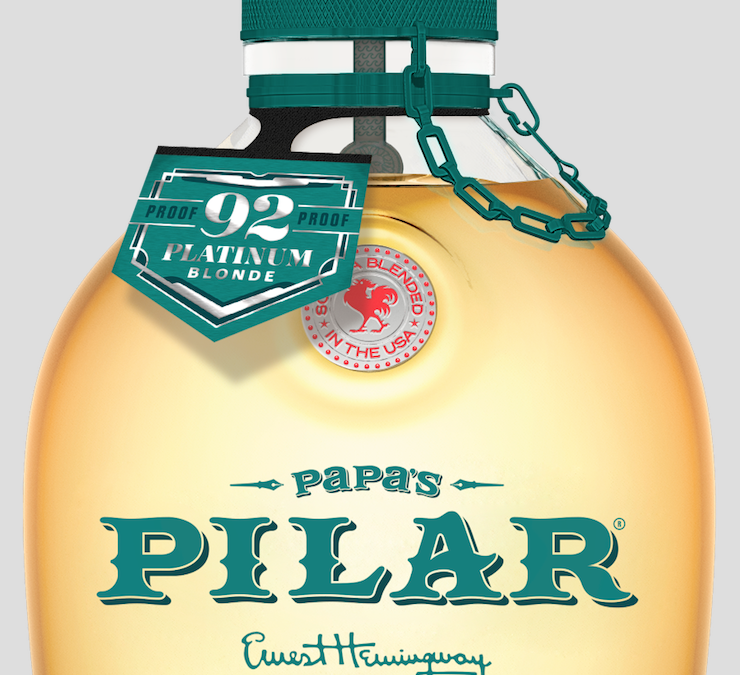 While the team chose to use the same five premium aged rums as in the Flagship Blonde expression, which are sourced from five different locations throughout the Caribbean, Central America and the U.S., they varied the quantity of the rums (aged from 2-7 years) to produce a specific taste profile the Master Blender was looking to achieve. The five rums are column distilled and solera blended in Bourbon barrels and Spanish Sherry casks. Rich notes from once-used bourbon barrels gives the expression great depth. Other factors, including the cooperage, temperature and different percentage of rums, also impact everything from the nose, color, flavor and finish. Over-proofed at 92 (vs. the Flagship at 84-proof), Platinum drinks smoothly, is incredibly mixable and perfect for cocktails.

“Drawing inspiration from Cuban-styled rum, Papa’s Pilar Platinum Blonde Limited Edition is a light to medium bodied rum that took years to perfect,” said Ron Call, Head of Rum Production. “It’s one of the best batched releases of which I’ve been partand certainly one of which “Papa” would be proud.”

Papa’s Pilar is meant to rekindle a sense of adventure in us all. “Papa” as Ernest Hemingway was known, lived an epic life full of perpetual motion, and Papa’s Pilar was crafted to accompany rum enthusiasts as they sink their teeth into life. Named for his muse and one true constant, Pilar is the vessel that allowed America’s literary giant to reach beyond the shoreline, feast on life and remind us to never be a spectator.

A Platinum Rum is a platinum find. Papa’s Pilar will encourage fans to share where they’ve spotted this exclusive edition as it may never be released again.

The Rum Swizzle is a classic drink that originates in the Caribbean and the device that’s used to stir it. It is, “at its heart, not unlike a taller cousin of the basic Daiquiri.”[1] A “swizzle” is essentially a primitive blender, a branch from a particular type of tree found in the Caribbean, with little branches extending like spokes from the stem. Hemingway featured the Rum Swizzle in his novel, Islands in the Stream. It’s a classic cocktail on a hot summer day, and perfect with Papa’s Pilar Platinum Blonde Rum.

Papa’s Pilar was developed in conjunction with Ernest Hemingway’s estate. The Hemingway family donates a portion of their royalty profits from Papa’s Pilar Rum to charity. The brand works with local charitable foundations and causes dear to Hemingway and his heirs.

Every aspect of Papa’s Pilar is thoughtful and purposeful. The distinct bottle evokes Papa’s exploits through a form factor reminiscent of an iconic WWII canteen. A special teal cap and necker help to distinguish the Platinum from the Flagship Blonde. The etched compass closure reflects that same sense of adventure on either land or sea. The lion heads represent nobility while the Rooster on the Medallion pays homage to Key West, where Hemingway and his boat Pilar once resided and remain celebrated fixtures within the community.

Papa’s Pilar opened a new distillery and experience center in Key West, Florida, further honoring Hemingway’s contribution to the classic spirit of the city in which he once lived.The facility is a destination that serves as the physical heart and soul of the brand and an asset for the city of Key West. Guests will be engaged and amazed with this unique experience.

Papa’s Pilar Platinum Blonderum is available in select markets, including AZ, CA, FL, GA, LA, MD, MI, TN and TX in 750ml bottles for a suggested retail price between $34.99-$37.99, which varies by market.

Papa’s Pilar® is a proud member of the Distilled Spirits Council of the United States (DISCUS).

[1] To Have And Have Another: A Hemingway Cocktail Companion, by Philip Greene