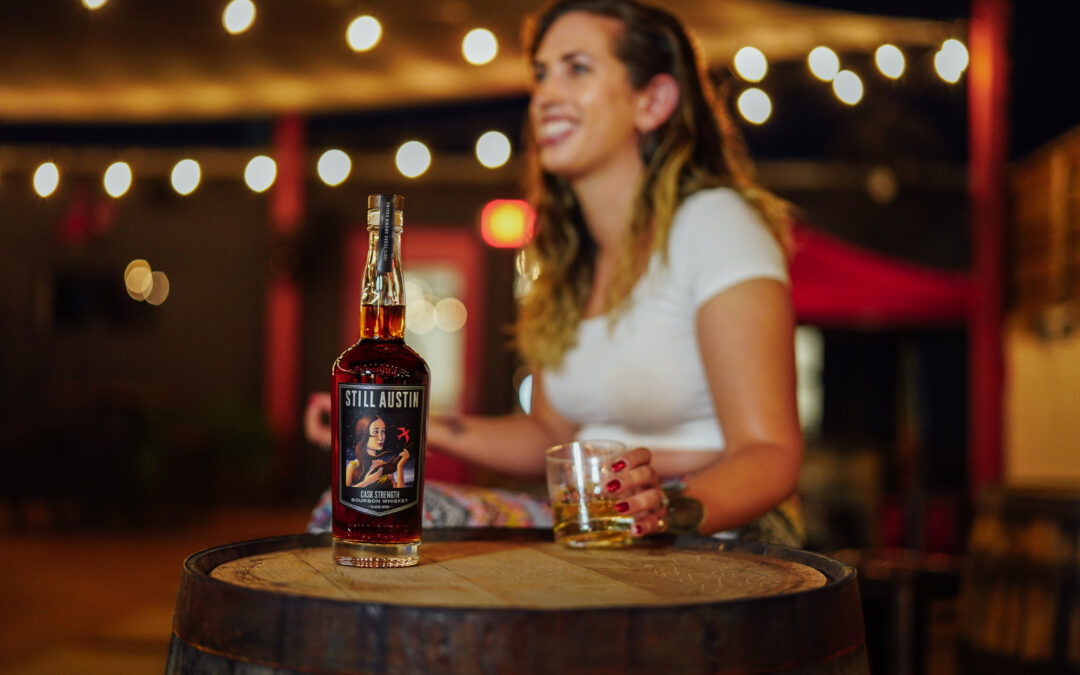 Austin, TX (November 17, 2021) – Earlier this year, Still Austin Whiskey Co. launched a limited-release Cask Strength Bourbon which sold out in a matter of weeks. Due to popular demand, the homegrown grain-to-glass distillery today announced that the expression will become a permanent fixture in its portfolio. It’s now available for purchase online, in on- and off-premise establishments throughout Texas, and at the Still Austin Tasting Room.

“We were blown away by the volume of demand for Cask Strength and how quickly it sold out,” said Brandon Joldersma, Chief Operating Officer, Still Austin Whiskey Co. “We planned for another limited-release this Fall, but quickly changed course when we saw how well whiskey lovers responded to this expression. So, we decided to give the people what they want and make Cask Strength a permanent part of our portfolio.”

Made from 100% Texas grains, the expression contains the same mash bill as the company’s flagship straight bourbon whiskey – 70% Non-GMO white corn, 25% Elbon rye and 5% wildfire malted barley. To create this robust bourbon, the team asked Master Blender Nancy Fraley to search through their barrels of Straight Bourbon and select the most complex and full-flavored ones—those that were begging to be blended and released at “barrel proof,” meaning the whiskey was bottled at the same proof at which it was aged. The resulting spirit is a masterpiece of complex, dark flavors with a deep spice finish. The suggested retail price for a 750ml bottle is $60.

The artwork on the label, created by internationally acclaimed artist and native Texan Marc Burckhardt, is a slightly modified version of the Straight Bourbon artwork, a series which portrays “archetypical” Austinites. Each provides a sense of the people who have influenced and inspired the team, while paying homage to the Texas terroir. While the Cask Strength bottle also features The Musician, the black starry night sky is meant to reflect the mysterious nature of the stronger, “darker” whiskey inside the bottle.

The Still Austin distilling team is led by Head Distiller John Schrepel, Master Blender Nancy Fraley and veteran Master Distiller Mike Delevante, one of the most experienced and

respected distillers in North America who designed the distillery to make the highest quality whiskey. That includes a 42-foot custom-made column, “Nancy,” (and her sister copper-pot still, “The Queen”) which give the distillers serious creative license to create unique new flavors and spirits. For more information, visit www.stillaustin.com

Founded in 2015 by three Austin families, Still Austin Whiskey Co. is a true grain-to-glass distillery, located at 440 East St. Elmo Road in the heart of Austin, Texas. All spirits are hand crafted using grains grown by Texas farmers. Still Austin’s collection of spirits includes the flagship Straight Bourbon Whiskey (aka “The Musician”), Cask Strength Bourbon, and American Gin (aka “The Naturalist”). Still Austin places a high value on sustainability, with a focus on cutting carbon emissions through local sourcing, increasing the biodiversity of the region through heritage grains, returning spent grains to local ranchers to feed their animals, and operating a distillery that is designed for energy efficiency and water conservation.