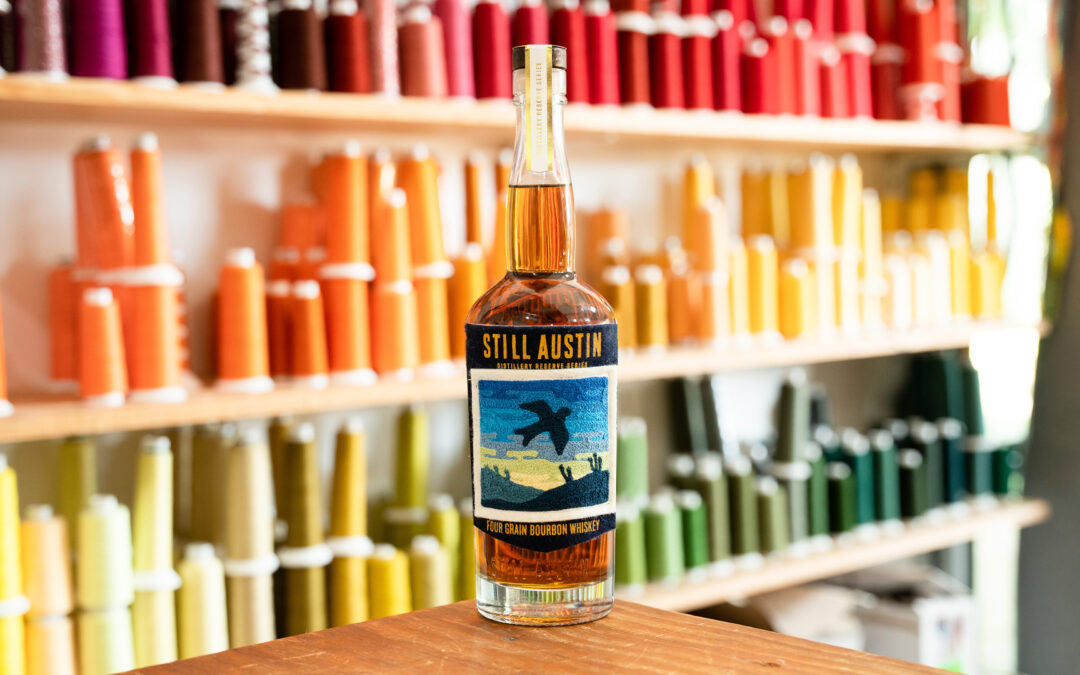 Austin, TX (May 18, 2022) – Still Austin Whiskey Co., a homegrown distillery in the heart of South Austin, today unveiled its latest “Distillery Reserve Series” expression – a four-grain bourbon whiskey – which will be available for purchase beginning on Monday, May 30 at 1:00pm CST via the Still Austin website, www.stillaustin.com. This is not a random lottery drawing. Orders will be fulfilled on a first come, first served basis. Bottles must be picked up at the Still Austin Distillery on either June 3 or 4.

The whiskey was handmade from grain-to-glass at the distillery and is a product of only two barrels (425 bottles) that’s distilled from a lively combination of 68% white corn, 15% Rye, 13% wheat, and 4% malted barley. It was then aged for at least three years and bottled at cask strength at 114.1 proof (57.05% ABV). This subtle spirit greets you with spicy scents of black pepper, followed by buttery and nut-infused notes of sweet corn, apricot, mint and freshly cut grass. The creamy mouthfeel offers up flavors of honey, tobacco, coconut, lavender and toasted biscuits, finishing off with a tannic aftereffect of leather and sweet apples.

“This special limited-edition four-grain bourbon whiskey weaves together exceptional beauty both inside and out,” said John Schrepel, Head Distiller. “As far as we know, we’re the first distillery to produce anything like this.”

The distilling team is led by Head Distiller John Schrepel, Master Blender Nancy Fraley and veteran Master Distiller Mike Delevante, one of the most experienced and respected distillers in North America who designed the Still Austin distillery to make the highest quality of bourbon. That includes a 42-foot custom-made column, “Nancy,” (and her sister copper-pot still, “The Queen”) which give the distillers serious creative license to create unique new flavors and spirits. For more information, please visit www.stillaustin.com

Fort Lonesome exists within the physical boundaries of Austin, Texas. It is, however, more accurately constrained only by the ever-expanding dialogue between a small handful of curious luddites, collectively dragging the shrapnel of a forgotten craft into alignment with our contemporary era. While the invention of digitally deployed embroidery relegated most hand-cranked chainstitch embroidery machines to the basements and attics of pragmatic technicians, one erstwhile machine in Texas captured the imagination of a trained oil painter with a fixation on western wear. The resulting deus ex machina summoned forth from the ether a harmonious collection of individual artists, curious to tap the potential of these forgotten machines; meanwhile fortuitously concocting a collective visual whole vastly greater than the sum of its autonomous parts. Since, Fort Lonesome has blossomed into an evolving ecosystem, focusing primarily on maintaining a dedication to the continuum between art and fashion with a strong focus on heirloom quality and unexpected imagery. Lovingly, the Fort carries forth the torch of the Rodeo Tailor, aiming to midwife the legacy of the craft into its rightful place as an iconic evergreen opportunity to innovate, narrate and adorn. We love you.