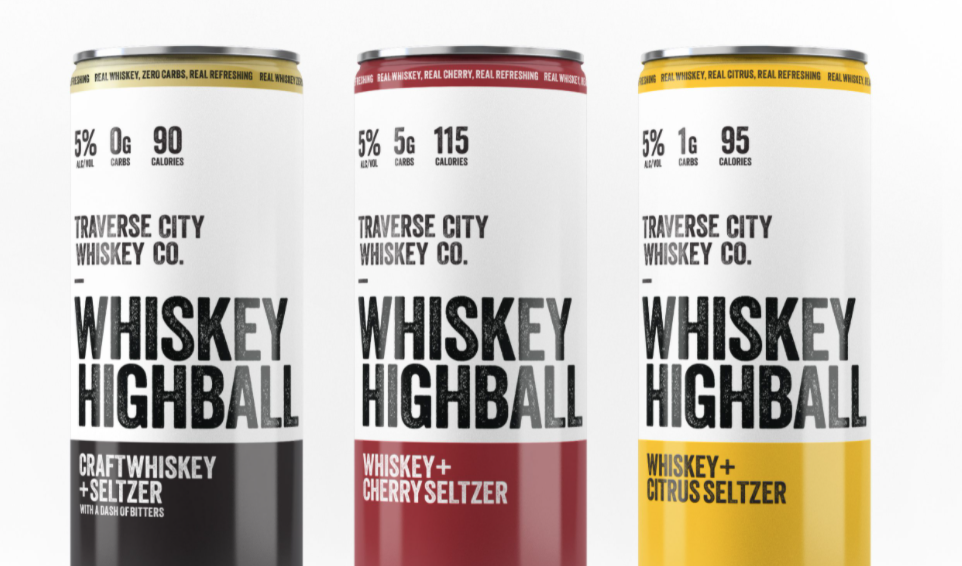 Traverse City, MI (June 29, 2021) – Traverse City Whiskey Co. (TCWC), a premium whiskey portfolio made in Michigan known as the “The Whiskey of the North,” has unveiled a signature line of Whiskey Highballs made with real straight bourbon whiskey.

The refreshing craft seltzers are now available in three varieties:

“While there are several types of seltzers on the market right now, our whiskey highballs are actually made with real bourbon and no substitutes,” said Chris Fredrickson, co-founder of Traverse City Whiskey Co. “Beyond great taste, they’re convenient, portable and ideal for your next trip to the beach, on the slopes or at the campground.”

TCWC’s Whiskey Highballs are currently available in on- and off-premise establishments throughout Michigan, including all Meijer, Plum Market and Spartan Stores, with plans to distribute in other U.S. markets later this summer. Each variety is sold in four-packs featuring 12 fl oz recyclable aluminum cans for the suggested retail price of $12.99. They contain 5% ABV and 90 (original), 95 (citrus) and 115 (cherry) calories, respectively.