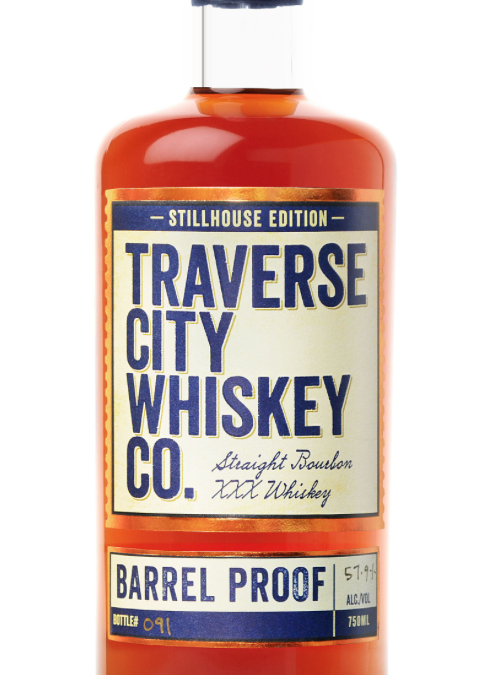 Traverse City Whiskey Co. (TCWC), a premium whiskey and bourbon portfolio made in Michigan and known as the “The Whiskey of the North,” is proud to announce its Barrel Proof Limited-Edition Bourbon was recently awarded a Double Gold Medal at the 2019 San Francisco World Spirits Competition (SFWSC). This year’s event, one of the most influential competitions of its kind, featured nearly 3,000 spirits, the largest in its 19-year history.

TCWC’s Barrel Proof Bourbon is having a moment as it also captured Gold at The 8thAnnual Denver International Spirits Competition (2019) and was named among the ‘Top 100 Spirits of 2018’ by Wine Enthusiast magazine.

As the most premium offering in the Traverse City Whiskey Co. line-up, Barrel Proof features a mashbill of 75% Corn, 21% Rye and 4% Malted Barley, is barreled between 115-120 proof and bottled four or more years later. Once the Barrel Proof cask reaches maturity, it is pumped through a filter to remove any residual charcoal and transferred directly into the bottles. It’s commonly referred to as the purest, untouched version of the whiskey.

“Not all whiskey barrels are created equal. We reserved our most flavorful for this Limited Edition release. This is Traverse City Whiskey, pure and uncut, bottled at full barrel proof,” said Chris Fredrickson, co-founder of Traverse City Whiskey Co. “We crafted Barrel Proof with life’s simpler moments in mind — it’s meant to be enjoyed smoothly and richly, or whichever way you please.”

TCWC Barrel Proof Bourbon is available in 750ml bottles at both on- and off-premise establishments in the following markets: MI, IL, WI, NY, DC, FL, CA, NV and AZ. The suggested retail price is $79.99, which varies slightly by market.

Traverse City Whiskey Co. isan independent and locally owned distilled spirits company based in Traverse City, Michigan, that’s dedicated to producing approachable premium to super-premium whiskey and bourbon. Known as “The Whiskey of the North,” the upstart company draws upon its early family roots in the distilled spirits industry dating back to the late 1800’s, sourcing all grains from the Midwest.

Traverse City Whiskey Co. is a proud member of the Distilled Spirits Council of the United States (DISCUS).