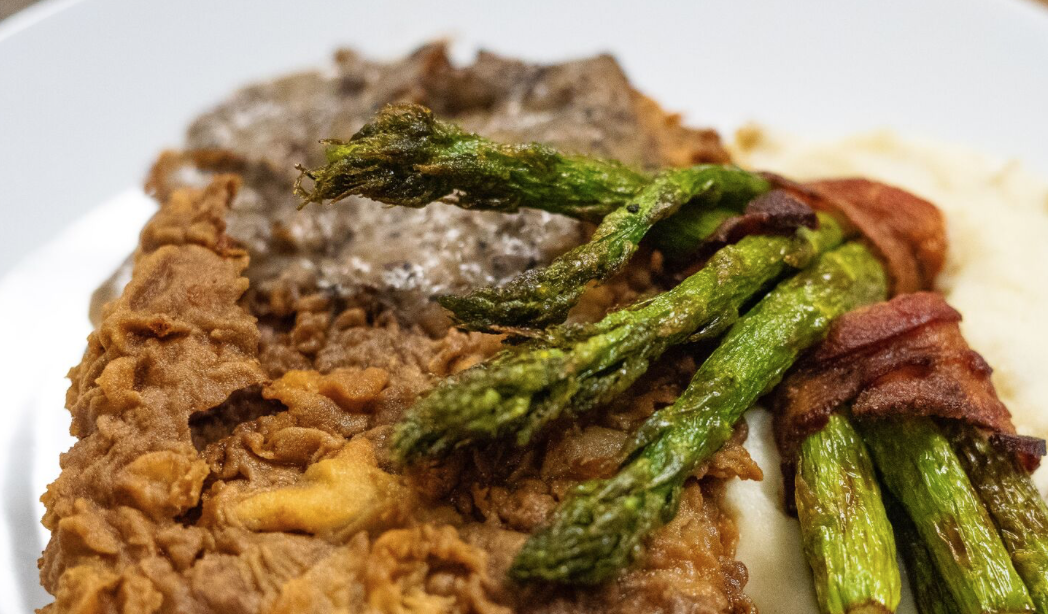 Dripping Springs, TX (November 1, 2018) – Treaty Oak Distilling (T.O.), the vanguard distillery that strives to strike a perfect balance between heritage and innovation in the distilled spirits and culinary space, recently re-opened its kitchen doors as Alice’s Restaurant, (formerly Ghost Hill Restaurant) after quietly renovating in October. The new design, from the layout to the barrel stave-covered walls (produced and installed by local Dripping Springs contractor Chris Burnett) and the selection of sleek booths and tables, was a collaborative effort by VP of Marketing Rachael Barnes and the larger Treaty Oak team. In addition to the new look, the team promoted Chris Andrews to General Manager and Justin Richardson to Head Chef of the restaurant. The duo has since transformed the previous Texas BBQ-centric food menu into an elevated culinary experience for distillery guests, which features locally-sourced meats, grains and greens.

In 2014, Founder & CEO Daniel Barnes purchased the 28-acre ranch in Dripping Springs for additional production space for the company’s spirits portfolio and to offer education, escape and entertainment. The Ranch houses a distillery where the brand’s award-winning lineup of whiskies and gin are created, but also serves as a unique culinary experience to the public. Until now, all on-site food and beverage service was provided by Ghost Hill Restaurant, which primarily focused on smoked and grilled meats. That changed this month when Barnes, who grew up in West Texas with parents that owned The Navaho restaurant and motel for 25 years in Menard, renamed the restaurant to honor his mother’s hard work.

“The Navaho was open every day of the year expect for Thanksgiving and Christmas,” said Daniel Barnes, Founder & CEO. “We share that same work ethic but are also passionate foodies who draw upon our culinary roots for inspiration. We’ve developed a unique program at Alice’s Restaurant that highlights a central Texas terroir experience.”

Alice, who is on-site daily, still contributes that same hard work to the Treaty Oak Ranch. Hospitality comes naturally to her as she interacts with and mothers everyone who visits the restaurant. “It’s about putting people in a good mood, guests are attracted to that,” she said. “We’re happy people who enjoy life and we offer that…with a cocktail in hand.”

Speaking on hard work and passion, Chef Justin Richardson, who was born and raised in San Antonio, TX, began cooking at age 16. After attending culinary school in Austin, he worked at the Driskill Hotel under Chef David Bull. Prior to joining Treaty Oak in the Fall of 2017, he also spent time at the Stoneleigh Hotel in Dallas and The Pearl Brewery in San Antonio under Andrew Weissmann.

“Our approach is to source local product that highlights Texas foods, flavors, and farmers,” said Richardson, Head Chef of Alice’s Restaurant. “We develop sustainable food programs and present thoughtful food that incorporates the distillation and fermentation side of the property and reflects the flavors that make Treaty Oak Distillery so incredible.”

Signature items on the new menu include: Roasted Cauliflower Soup, topped with pine nuts and grilled green onions; Smoked Bandera Quail that bursts with apple and raisin flavors, served with cornbread stuffing and candied pecans; Creole Shrimp and Grits; Chicken Mole andChicken Fried Steak with a Bourbon Mushroom Gravy (Treaty Oak’s take on Alice’s original recipe). In addition to the enhanced restaurant menu, there are large plate offerings featured on the “specials board” above the bar, as well as desserts and a kid’s menu. The bar at Alice’s Restaurant will continue to offer beer, experimental whiskeys or cocktails, made exclusively with Treaty Oak spirits and fresh ingredients that are kegged and served with a CO2 tap system, resulting in a perfectly balanced cocktail every time.

The team also recently opened The Cocktail Labon-site at the distillery, a speakeasy of sorts, where science meets the art of the cocktail. The intimate venue, which seats approximately 40 guests, features a variety of handcrafted whiskey and gin cocktails, created by new Cocktail Lab Manager Meghan Webb. With nine years of hospitality experience, and three focused specifically on craft cocktails, she draws inspiration from local ingredients and the energy of the surrounding culture – in her words, “90s hip hop meets liquid intelligence.” Prior to Treaty Oak, Meghan split her time between two craft cocktail bars in Ft. Worth – The Proper, a neighborhood cocktail bar, and Thompson’s Bookstore, a whiskey/craft cocktail bar downtown with a speakeasy in the basement. A key player in forming Fort Worth’s USBG chapter three years ago, she’s currently working on her CSS (certified spirits specialist). Although Meghan was born in Austin, she has resided in Fort Worth the majority of her life. Now, she’s glad to be back home and making waves with Treaty Oak Distilling.

Located on a 28-acre ranch at 16604 Fitzhugh Road in Dripping Springs, Texas (approximately 25 miles south of Austin), Treaty Oak is open to the public Thursday and Friday from 4-9pm, Saturday from 12-9, and Sunday from 12-6pm. The distillery offers tours on Saturdays from 1-6pm, which provides a behind the scenes look into the distilling process and history of Treaty Oak. Admission for a 30-minute tour is $15 and includes a spirit tasting and a rotating seasonal cocktail. Reserve your spot here: https://www.treatyoakdistilling.com/the-distillery/#booknow Walk-ins are accepted (subject to availability). For private tours, call (512) 599-0335. The facility also houses Alice’s Restaurant; the Cocktail Lab, where science meets the art of cocktailing; Rick House Bar, which is also available to rent for special events; The Bottle Shop, where guests can purchase brand gear and limited-edition whiskey expressions only available at the distillery; and family-friendly entertainment, including live music, yard games and a kids play area.

Treaty Oak Distilling is a collective of distillers, sommeliers, botanists and architects based in Dripping Springs, Texas who are in pursuit of making the best spirits. They look to film, music, cultural exchange and beyond to push and fuel a path forward. Inspired by the world around them, they have crafted an unbound lineup of spirits: Ghost Hill Texas Bourbon, Red Handed Bourbon, Red Handed Rye Whiskey, Waterloo No.9 Gin, Waterloo Antique Gin and Waterloo Old Yaupon Gin. Connect with Treaty Oak Distilling on Facebook and Instagram. Drink responsibly