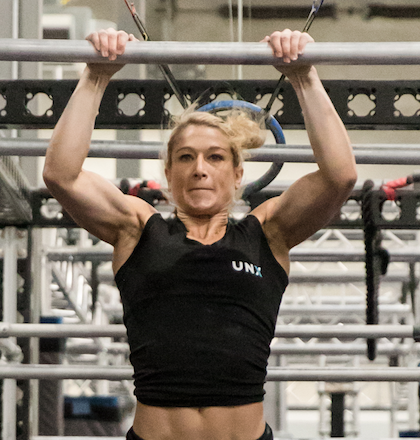 To bring the vision to life, UNX CEO Jeff Piejak (who currently owns four brick and mortar Ultimate Ninjas locations in Metro Chicago and St. Louis), teamed up with top ninja athletes Ethan Swanson and Chris Digangi. Together, they shared a desire to elevate the sport of ninja which was strongly supported by the athletes themselves. The trio then enlisted  Howard Bolter, a broadcast industry veteran who has launched broadcast, cable and OTT channels, to serve as UNX COO. Finally, to ensure the highest quality of sports production, UNX secured Hugh Arian, X Games executive producer and president of Echo Entertainment.

“For a long time, people have watched ninja sports in a finite reality format, while getting invested in the lives of these athletes,” stated Swanson. “We quickly realized that fans were craving a year-round, professional, merit-based competition format, which we’ll deliver using the latest technology and network quality programming.”

The inaugural season of UNX professional competitions will include 12 open qualifiers at gyms around the country for anyone age 13 and over, as well as three live-streamed and broadcast finals held between October 2019 and early February 2020. Throughout the season, which will culminate in a live championship on February 15, 2020, UNX will award $75,000 in prize money to top athletes: $18K per major plus $21K for the championship.

This new format, which puts the athlete as a competitor first, has attracted top talent including: American Ninja Warrior 2019 Champion Drew Drechsel; Daniel Gil; Jesse Labreck; and Jessie Graff, all of whom have signed on to compete in the inaugural season and be featured in the network’s entertainment programs.

“This is my life, my passion, and my profession,” said Drechsel. “I look forward to being seen as the athlete that I am and have trained so hard to become. It’s exciting to have the audience of ninja fans really get to know me and see what I’m able to do year-round on UNX NOW.”

Top ninja personalities Grant McCartney and Evan Dollard will serve as lead commentators on the live-streamed majors and championship event.

In November, UNX will also begin accepting pre-sale bar system orders for its new ultiFit @ Homeworkout system (projected delivery March 2020). Designed and led by American Ninja Warrior veterans including Jesse Labreck, the revolutionary workout helps to increase strength, agility and confidence by allowing users to access a variety of on-demand 20-minute workouts. ultiFit @ Home adheres to the principle of Progress over Perfection, guiding users towards their goals with each and every workout.The individual workouts are included in the UNXNOW.com monthly membership.  The bar system and accessories are sold separately.

Subscriptions to UNX NOW are available for $5.99/month. Fans can also choose to pay-per-view the live-streamed majors and championship for $15.99.

UNX is the home for everything ninja. Created by ninjas, UNX features a professional ninja competition league as well as an interactive OTT channel with access to competitions, and a daily “UNX Fast Forward” show featuring athlete interviews, analysis of runs and home workouts. For more information, visit www.unxnow.com.